Four of the leading contenders for honours at the inaugural IAAF World Road Running Championships, which tomorrow will be held over 20km on the streets of Hungary's second city, were the star guests of this afternoon's IAAF Press Conference.

Kenya’s Edith Masai, the three-time winner of the World Cross Country Championships short course title, and the current African record holder for 20km, Hungary's Anikó Kálovics, who is a multiple national championship winner and record holder, Zersenay Tadesse of Eritrea, the 2004 Olympic 10,000m bronze medallist, and Qatar's Mubarak Hassan Shami, the 2005 IAAF World Half Marathon Championships silver medallist, were present in the Ballroom of the Kölcsey Conference Centre in Debrecen at noon today to answer questions from the world's media.

Joining these three medal contenders was Jolanda Ceplak of Slovenia, the World Indoor record holder for 800m, who was present in her capacity as a representative of the IAAF Athletes’ Commission.

Mihály Orendi, Executive President of LOC  - "We have high expectations and we want to organise a very successful championships. We have 210 volunteers, 110 referees, 22 traffic officers and 30 civil guards."

And commenting on the death earlier this year of Hungary's former IAAF General Secretary István Gyulai, and in whose name the city's athletics stadium will be inaugurated later today, Mihály continued, "I want to say that István Gyulai was a very good friend of mine, and it is the least we can do to say we miss him. I feel he is close to us now."

"I am in good shape and I hope to run well tomorrow. The race will be very tough with Lornah and Anikó. It will not be easy but I will do my best. It depends on who will be pushing the pace and also on the wind conditions."

"My motivation is to run good. If I’m still running good then I’m not going to retire. I hope I can run in the Olympics and World Championships, but it all depends on the bodywork, like a car."

"I’m especially pleased that that we have the World Championships in Hungary. Decision makers will pay high attention to this event."

"The road race events are my favourites, unfortunately when it comes to the track, I’m not really very fast. If you can’t do the last lap in 60 seconds, it is a disadvantage."

"There are a lot of African athletes and they are tough. Then there are 10-11 competitors who are 'dark horses'. We don’t really know their capacity. If I can be in the top 20 finishers that will be good."

"Everyone comes here to win and I think that it will be a very fast race. I’m in good shape and I will try."

"The world record is very good, but there are no pacemakers here so we will see."

"Mostly he (Zersenay) has endurance as you will have seen at the Olympics, they beat him because he doesn’t have the finishing speed."

"I can improve my personal best because of what I’ve done in training, but a competition is a competition and I’ll do my best. We (Qatar) are confident."

"He was trying to bite my my leg and the bike rider could not get in between us. The dog made me run like a rabbit, which is wrong in a marathon. I used all my energy to get away, and after I had no energy."

"People should look after their dogs, it was lucky that I did not get bitten ... it was a very big dog (gesturing) with very big teeth.”

"No, I’m not going to retire, I’m at work here. It’s really strange to see some of the things you don’t notice when you’re are a competitor. I’m interested to see how much work goes into just two races, I’m really surprised."

Mark Butler for the IAAF

BACK
Pages related to this articleDisciplines
300 Metres 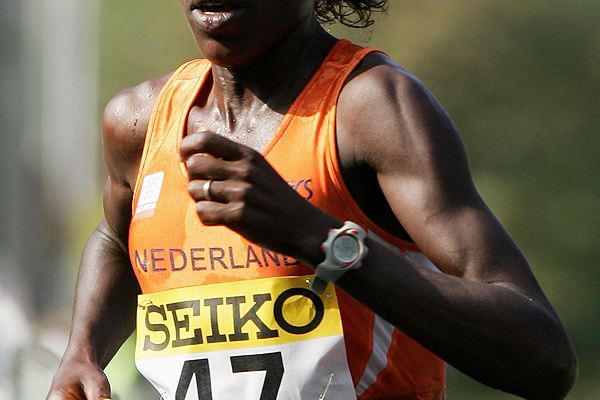 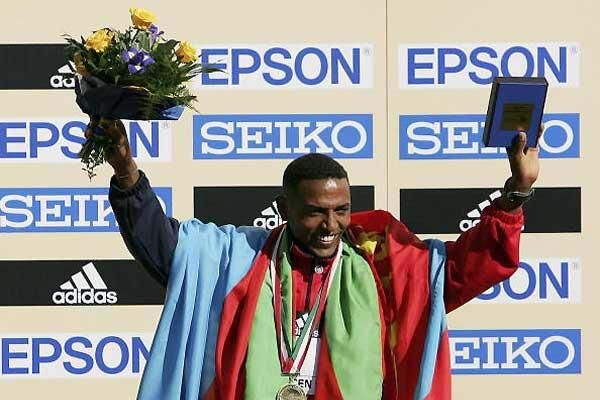