Or at least it was, up until the IAAF/Mikkeller World Cross Country Championships Aarhus 2019.

Even Hellen Obiri, one of the most accomplished and versatile athletes racing in the Danish city, revised her opinion after winning the senior women’s 10.24km race.

“It is the hardest race I have ever done,” she said, “but the best one.”

Obiri cemented her place in athletics history on Saturday as she became the first woman ever to win senior world titles indoors, outdoors and at cross country.

What made the achievement even more special was that it was her World Cross Country Championships debut and Obiri had never intended to contest the event more than once. Naturally, she was pleased she was able to take victory on what was her first and probably only attempt.

“I wanted to try extra hard,” she said with a smile. “Now I don't need to do any more cross country.”

The 29-year-old arrived in Aarhus in good form, having clocked 29:59 for 10km on a slightly downhill course in Madrid at the end of December. Earlier this year she took victories at the IAAF Cross Country Permit meeting in Elgoibar in January, the Defence Forces Championships in Nairobi, and the Kenyan Cross Country Championships last month.

Obiri had contested just a handful of cross-country races prior to 2019, but had always shown potential. She placed highly in some domestic races in 2011 and 2012 and then won at the prestigious Campaccio meeting in 2017, beating Olympic 1500m champion Faith Kipyegon.

She ventured into the mud three more times in 2018 but with mixed results, finishing fourth at Campaccio, winning the Kenya Defence Forces title, and then placing third in Seville – all within the space of 15 days.

She appeared to find her groove in 2019, though, and lined up in Aarhus as the marginal favourite. But victory didn't come easily and Obiri did it the hard way, running from the front.

Had her tactic been to lead the race from the start? “No, I hadn't thought I would do that,” she said. “I didn't want to be a pacemaker for the others.”

It didn't do any harm, as such was Obiri's strength, she still emerged the winner in 36:14, winning by two seconds ahead of Ethiopia’s Dera Dida.

“I did a lot of hills training in preparation for this,” she said.

Despite her stunning performance in Aarhus, Obiri made it clear that her main focus for 2019 remains defending her 5000m title at the IAAF World Athletics Championships Doha 2019 later in the year.

Obiri is already a formidable competitor, but her experience on Saturday will have only made her a stronger athlete, mentally and physically.

Last year she added to her medal collection with gold medals in the 5000m at the African Championships and Commonwealth Games. She capped her season by winning the IAAF Diamond League title at the distance.

Having opened her 2018 competitive campaign on 6 January, she ended it on 31 December with her 10km outing in Madrid. But she is in no hurry to switch to the roads full time.

“Not now,” she said when asked about a potential move up to the marathon, signalling there is plenty more she wants to achieve over her specialist distances on the track first.

Her first track race of 2019 is set to be the 3000m at the IAAF Diamond League meeting in Doha in less than five weeks’ time. And judging by her performance in Aarhus, Obiri will be ready. 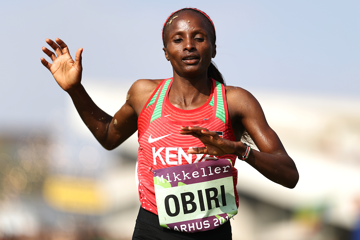 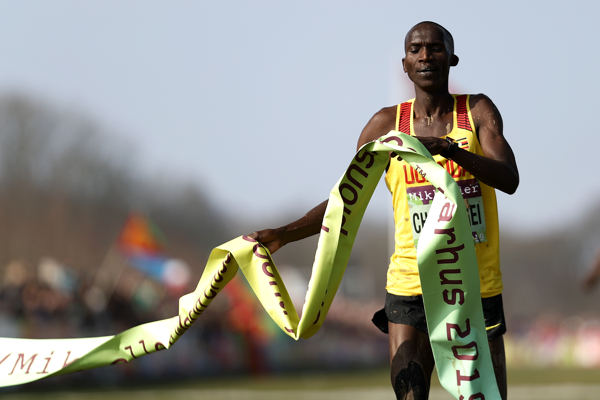 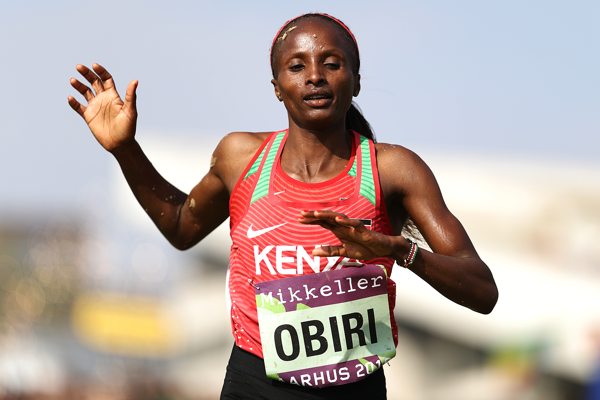