Kenya’s world cross-country champion Emily Chebet was beaten at the fourth leg of the AK/KCB Cross Country Series held on home soil in Nyahururu on Saturday (6).

Running her first cross-country race since placing third at the Kenyan Championships in February, Chebet could only finish fifth in the women’s 8km race won by 19-year-old school student Sheila Chepngetich, who looks poised to make an impact in the senior ranks next year.

Chepngetich might be better known as a 1500m runner and won the world junior bronze medal at the distance but despite competing a long way beyond her specialist distance on the track, she took two good scalps: Faith Kipyegon, as well as Chebet.

Chepngetich comfortably prevailed in 26:12 for her third victory of this winter’s series to defeat Kipyegon by eight seconds, while Chebet finished some 28 seconds off the pace.

“I am very happy with my shape. My training is going on well in Iten during this school holidays and I hope to maintain it for the World Cross Country next year,” said Chepngetich, who will enter the senior ranks at the start of next year.

In the men’s 12km race, 2014 African Cross Country Championships fifth-place finisher Philip Langat prevailed in 34:57 for a clear-cut win over Emmanuel Kipsang in 35:15.

“My dream is to win the World Championship title in China next year. I have improved greatly after my first international cross country (the African championships) this year in Uganda,” said Langat, a policeman who trains in Kericho with 2011 world cross-country silver medallist Paul Tanui.

Julius Tanki, 17, and Sandra Chebet, 18, won the men’s and women’s junior races respectively and could be names to watch at the IAAF World Cross Country Championships in Guiyang, China, on 28 March.

Titus Mbishei and Viola Kibiwot opened their cross country seasons in winning form at the third leg of the AK/KCB Cross Country Series in Kapsokwony on Friday (5).

After winning the 2008 IAAF World Junior Championships 10,000m silver medal, Mbishei drifted towards the fringes of the Kenyan long distance running scene for several years but the 24-year-old – who has been plagued by a tendon injury over the last two years – is clearly back in form and looks set to challenge for a place on the Kenyan team going to Guiyang.

Having recently cracked the one-hour mark for the half marathon for the first time, running 59:55 in Valencia in October, Mbishei won the senior men’s 12km in 37:12 ahead of Julius Kogo and Emmanuel Bor in 37:19 and 37:33 respectively.

The silver medallist at the IAAF World Half Marathon Championships won the 9.98km race in 28:17 to defeat top local runner Javier Guerra by 14 seconds with 1500m specialist Adel Mechaal third in 28:44.

In the women’s 6.1km race, Alessandra Aguilar became the first Spanish winner in 12 years, crossing the line in 19:42 to defeat Teresa Urbina by seven seconds with Federica Del Buono third in 19:55.

Del Buono, 19, lowered her middle-distance lifetime bests to 2:00.58 and 4:05.32 respectively this summer but the in-form Italian has decided to miss next Sunday’s European Cross Country Championships in Samokov, Bulgaria.

Also in Spain, at the Cross Ciutat de Granollers on Sunday (7), Spanish-based Moroccan Ilias Fifa won over 10km in 31:26 and defeated Moses Kibet, from Uganda, who was fifth the previous day in Aranda de Duero, by three seconds.

In the women’s 6.5km race, Marta Galimany won in 23:24 and convincingly defeated the former world and European 1500m bronze medallist Natalia Rodriguez by 16 seconds, with Judith Pla third in 23:50 for an an all-Spanish podium.

BACK
Pages related to this articleAthletes
Alessandra Aguilar 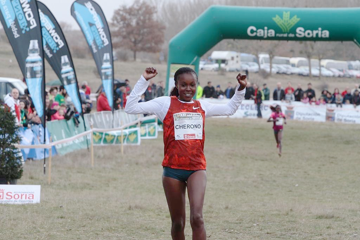 Cherono finds her form in Soria as Cheruiyot ... 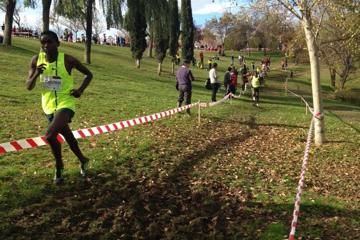 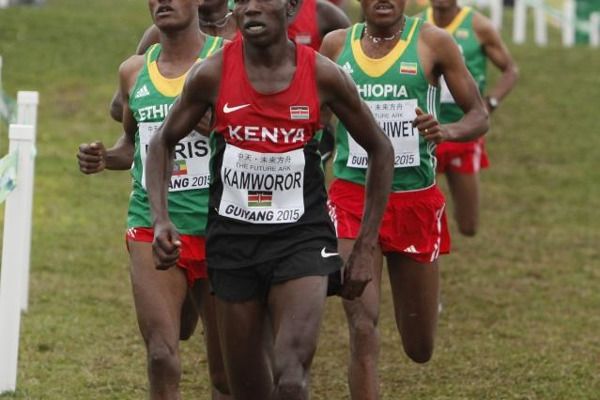 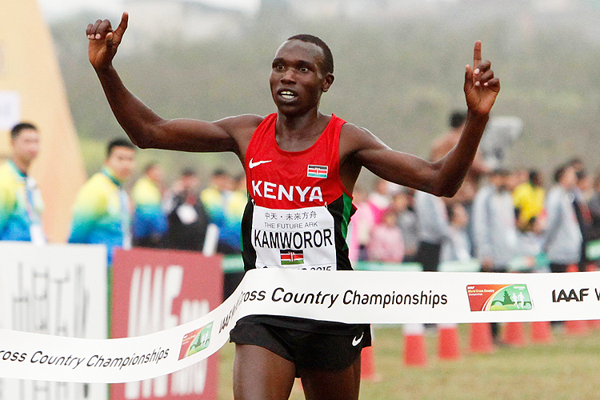 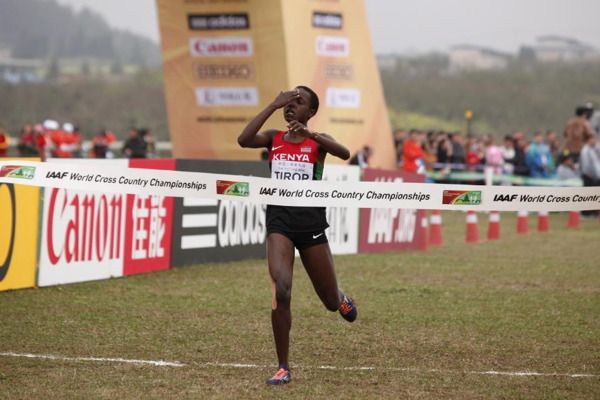