It doesn't get much closer than this! Sentayehu Ejigu nips Shalane Flanagan in the Boston 5000m (© Victah Sailer)

When Sentayehu Ejigu of Ethiopia ran 14:47.62 to win the Boston Indoor Games 5000m on 7 February, only three women in history had ever run faster over the distance. Although some fast times have since bumped Ejigu down, she remains in the all-time top ten at number six.

A 2001 World Youth medallist who made Ethiopia’s team for several global championships in subsequent years -- finishing just out of the medals at the 2006 World Indoors – Ejigu saw her career sidelined by injury and bereavement the last several seasons. But she was finally able to resume intensive preparation last year, and her primary goal in what she expects will be her comeback year is the 37th IAAF World Cross Country Championships, Amman, Jordan, on Saturday 28 March 2009.

Running without Dibaba or Defar, and re-establishing herself

Her triumphant Boston clocking, in which she surpassed times posted by illustrious countrywomen Gete Wami and Derartu Tulu on the all-time list, was a major step toward that goal, but Ejigu had come to Boston with her confidence already boosted.

“Just before I came here, I won the 8K at the Jan Meda cross country clubs competition,” Ejigu, who beat 2006 national 3000m champion Koreni Jelila there, told the IAAF in an exclusive interview in Boston.

She had previously run in the American city in the shadow of World and Olympic champion compatriots Meseret Defar and Tirunesh Dibaba, and often finished 2nd, but Dibaba had pulled out of the 2009 meet.

“That’s when you know the pressure is on you,” said Ejigu. “When they are here, we know we have first place locked up.”

So she followed Shalane Flanagan, who was chasing the American record, and pounced on the final lap.

“I thought about passing her with about four or five laps remaining but I realized I had to wait a while,” said Ejigu. “She’s someone who’s in good shape at this time. She’s run a fast time, so you have to bide your time, and I proceeded cautiously.”

When she did kick, Ejigu was encouraged by the roar of approval from the Ethiopian fans who frequent the meet. “I could hear them,” she said. “It was wonderful.”

Although new 14:24.37 World record holder Defar and New Zealander Kim Smith have since run faster, Ejigu’s and Flanagan’s close 14:47.613 and 14:47.618 finishes were, at the time, the fourth- and fifth-fastest times ever, behind only Dibaba, Berhane Adere and Romanian Gabriela Szabo.

“Oh, I’m so happy,” said a beaming Ejigu, who commented on the absence of meet regulars Dibaba and Defar: “If they had been here, we would have run an even faster time. It would have been good for my time … but I’m very happy about the victory!”

The achievement came after a prolonged lull in Ejigu’s career, and she is eager to get back on track – starting on the grass in Amman. “As a result of the family problems I had and everything, I haven’t been in good shape,” she said. “But now I’m re-establishing myself.”

Sentayehu Ejigu’s running career was first conceived in the town of Debre Markos, where her parents were clothing merchants. Unlike the vast majority of her running peers in Ethiopia, hers was not a rural upbringing, but Ejigu, whose nickname at home is Mimi, ran plenty as a child. “I loved to run errands,” she said. “I loved the appreciation you got too.” So whenever sugar, or some other item was needed from the store, she’d be there and back in a flash, and “Send Mimi!” became the family mantra.

At school, a sports teacher noticed her speed and urged her to run. She won her way through school and regional competitions over 1500 and 3000m, and when she excelled on the national stage, her performance compelled team selectors to also ‘send Mimi,’ along with Mestawot Tufa and others, to the 2001 World Youth Championships in Debrecen.

“They were timid little girls,” recalls her Debrecen teammate Markos Geneti, whose 3000m gold medal there inspired his compatriots, with Ejigu earning 1500m bronze. “It was my first international track race,” said Ejigu, who had previously contested a road relay race in China. “I was so happy I won a medal.”

She had run in China along with Defar, Werknesh Kidane, Adere and others. “Meseret and I were the newcomers, and the others were already strong,” said Ejigu, who went on to take second place over 3000m behind Dorcus Inzikuru at the African Championships in Nairobi, and behind Defar in Linz, Austria, in 2002. “In those days, I always ran with Meseret. Tirunesh, Meseret and I used to place first through third often.”

Ejigu was a reserve on the Paris World Championships team and had perhaps her best year in 2004, beginning with a 14:58.85 indoor 5000m behind Defar, Dibaba and Tulu, and a 14:35.18 outdoor 5000m personal best behind Ethiopian-born Turk Elvan Abeylegesse’s then World record 14:24.68 in Bergen, Norway. Ejigu placed 4th there following Tirunesh and Ejegayehu Dibaba, but ahead of Tulu and Defar. “I was very well prepared then,” said Ejigu. “Other times, you prepare, but something gets in the way, but that was a time I prepared well, and got the results I deserved.”

Referring to her manager Mark Wetmore, and to Abeylegesse by her original first name Hewan, Ejigu continued, “Hewan was first, but the rest of us finished within 100m, and when Mark told me the time ‘14:35!’ I knew an Olympic spot was likely.”

She was again a reserve for the 2004 Olympics where Defar and Dibaba medalled over 5000m, but shortly afterwards, Ejigu’s troubles began. “I had problems with my right heel and calf, beginning after the Athens Olympics,” she said. “Over time, it improved, but I still feel it sometimes when I run on the track.” She nevertheless made more World Championship teams. “I was there in Helsinki as well as in Paris, as a reserve both times,” said Ejigu, who in 2006 placed fourth over 3000m in 8:43.38 at the World Indoors in Moscow, and 3rd in 15:13 at the Carlsbad 5000 road race, both behind winner Defar.

During the years in which she was recovering, Ejigu was also taking care of an ailing sister who lived with her, and she was heartbroken when she lost her sister in late 2007. Devastated, she took much of the next ten months to recover from the blow, taking solace in the comfort offered by her husband and fellow athlete Berhanu Alemu, who was himself dealing with injury-related woes. “When things pile up on you, it’s very difficult, but you make an effort to cope,” she said.

Hoping to medal in Amman

Ejigu resumed training in earnest last European summer, near the end of the Ethiopian calendar year. “It was after the rainy season, in Nehasie (August) or thereabouts,” she said. “I’ve been preparing for the last four months for cross country. I only ran four days on the track.”

She realized the first hurdle to World Cross Country success was making the competitive Ethiopian team, and that among the well-established names, Wude Ayalew would pose a major threat; and Ayalew did indeed win the national trials, with Meselech Melkamu, Gelete Burka, and Jelila qualifying ahead of Ejigu, but she secured her place on the team as well.

“You want to medal, but all of them are strong and it’s also a team competition as well as an individual competition, so you want to run well for yourself and your team,” said Ejigu, who was 6th at the 2003 Lausanne World Cross as a junior.

Her Boston finish has helped her rediscover her potential and the excitement of success, and reinvigorated her drive. “God willed for this to happen at this time,” she said. “It’s as if I’ve never run before. I have a 14:35 time, but I learned that I could run like this. It’s something you can’t articulate -- the time, the victory, the support of the fans, it all feels new.”

Coming seven weeks before her season target in Amman, her fast time served as a good indicator. “At this time, to run a good time is a significant accomplishment,” she said. “I prepared well, I won the 8K in Addis Ababa, and now I’ve run this time. I believe that now I can return to my previous form.”

Sabrina Yohannes for the IAAF 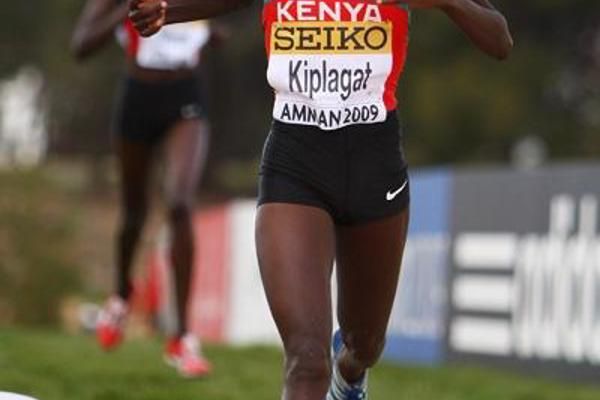 - Just as Linet Masai was perhaps savouring the prospect of being the woman to break a 15-year drought of Kenyan wins in the long-race at the World Cross Country championships, her teammate Florence Kiplagat burst past her on the grueling final hill to take the championships gold medal.</p> 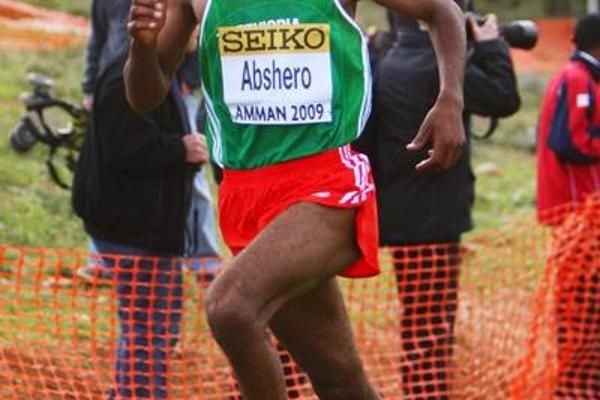 With brother and Gebrselassie as inspiration, Abshero rises in the ranks

- Young boys tend to look up to their older brothers and Ayele Abshero was no different. Tessema Abshero was born four years before Ayele and was among Ethiopia’s best young Cross Country runners before developing into a 2:08 marathoner. </P> 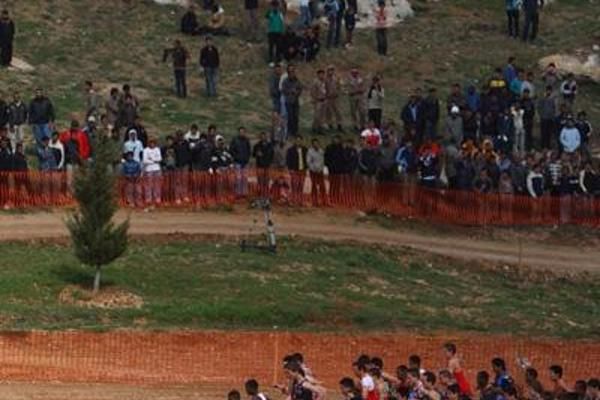 - Last October when launching their promotion of 37th IAAF World Cross Country Championships, the patron of the Local Organising Committee, His Royal Highness Prince Feisal Al Hussein, stated that by hosting the championships he hoped to further enhance the position of the Kingdom as a leading sporting and leisure destination.</P>