Szekesfehervar clashes give glimpse of what to expect in Tokyo

Many events at the Istvan Gyulai Memorial in Szekesfehervar – a World Athletics Continental Tour Gold meeting – on Monday and Tuesday (5-6) will offer a sneak preview of what may happen at the Olympic Games in a few weeks’ time.

In fact, the men’s 400m should come with a spoiler alert because world record-holder Wayde van Niekerk and US champion Michael Norman have decided that the Hungarian city, and not Tokyo, should be the site of their first ever head-to-head.

It will also be the first time that Norman takes on world 400m champion Steven Gardiner of The Bahamas, setting up an intriguing three-way battle over one lap of the track.

Norman is undefeated this year and has improved his season’s best in every race, most recently winning at the US Olympic Trials in 44.07.

Van Niekerk, meanwhile, has returned to top racing form this year following years of injury struggles. The Olympic champion focused on the 200m earlier in the year, winning the South African title over the distance in 20.38, and recently returned to his specialist distance, clocking a season’s best of 44.56 in Madrid and following it with a 44.87 victory in Lucerne.

What makes the inaugural clash between the pair even more intriguing is that Van Niekerk and Norman are the first two men to have achieved sub-10, 20 and 44-second times for the 100m, 200m and 400m.

But they’ll be well aware that it’s not just one another they need to look out for on Tuesday. Gardiner is a three-time winner in Szekesfehervar and his meeting record of 44.30 from 2015 still stands. He, too, has had a solid season to date; the only blip was a fall in the closing stages of a race in Fort Worth, but he was soon back in action and recently won the Bahamian title in a season’s best of 44.52. 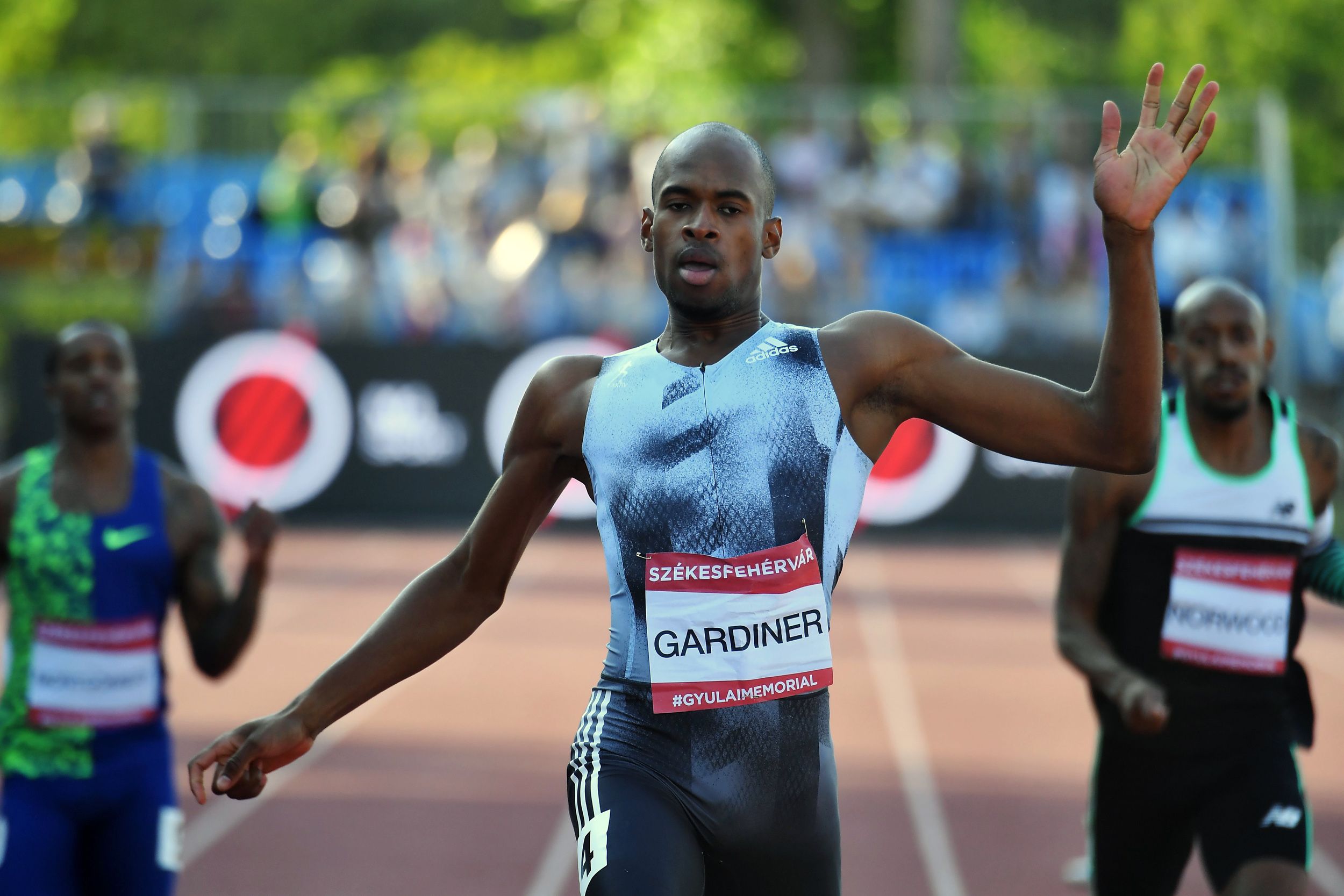 Michael Cherry, who went on to win that race in Fort Worth and then placed second to Norman at the US Trials in a PB of 44.35, is also in the field.

Szekesfehervar has proved to be a hotbed for high-quality hurdles performances in recent years, so all eyes will be on Grant Holloway when he lines up for the 110m hurdles.

The world champion sped to a stunning 12.81 clocking in the semifinals at the recent US Trials, elevating him to second on the world all-time list, just 0.01 shy of the world record. This will be his first race since that competition, and he has chosen a good venue. In 2017 and 2018, the winning times for the 110m hurdles were inside 13 seconds, while the meeting record for the women’s event – Kendra Harrison’s 12.28 – is also top notch.

Rasheed Broadbell has enjoyed a breakthrough this year, clocking a best of 13.10. A minor injury forced the 20-year-old to miss Jamaica’s Olympic Trials at the end of June – and, in the process, forfeiting his chance to contend for a place at the Tokyo Games – but he returned to action with a winning run in Lignano on Saturday and will be fired up to take on Holloway.

Olympic silver medallist Orlando Ortega and 2015 world champion Sergey Shubenkov, who holds the meeting record at 12.92, are also in the line-up.

The 400m hurdles is perhaps the hottest track event in global athletics at the moment, and the women’s event in Szekesfehervar promises to be another thriller.

European indoor 400m champion Femke Bol and USA’s Shamier Little had a sensational duel at the Wanda Diamond League meeting in Stockholm on Sunday as both emerged with huge PBs – 52.37 and 52.39 respectively – and places in the top five on the world all-time list.

Round two in their exciting rivalry will take place on Tuesday and they’ll be joined by world and Olympic finalist Janieve Russell and USA’s Nnenya Hailey. The Hungarian all-comers’ record of 53.37 looks to be living on borrowed time.

This year has witnessed unprecedented depth in the women’s 200m, and four of the event’s leading exponents will be in action in Szekesfehervar.

Olympic 400m champion Shaunae Miller-Uibo, who had said earlier in the year that she would contest only the 200m in Tokyo but has recently hinted that a long sprint double may be on the cards, will take on Olympic 400m bronze medallist Shericka Jackson, who has impressed in the shorter sprints this year with PBs of 10.77 and 21.82. 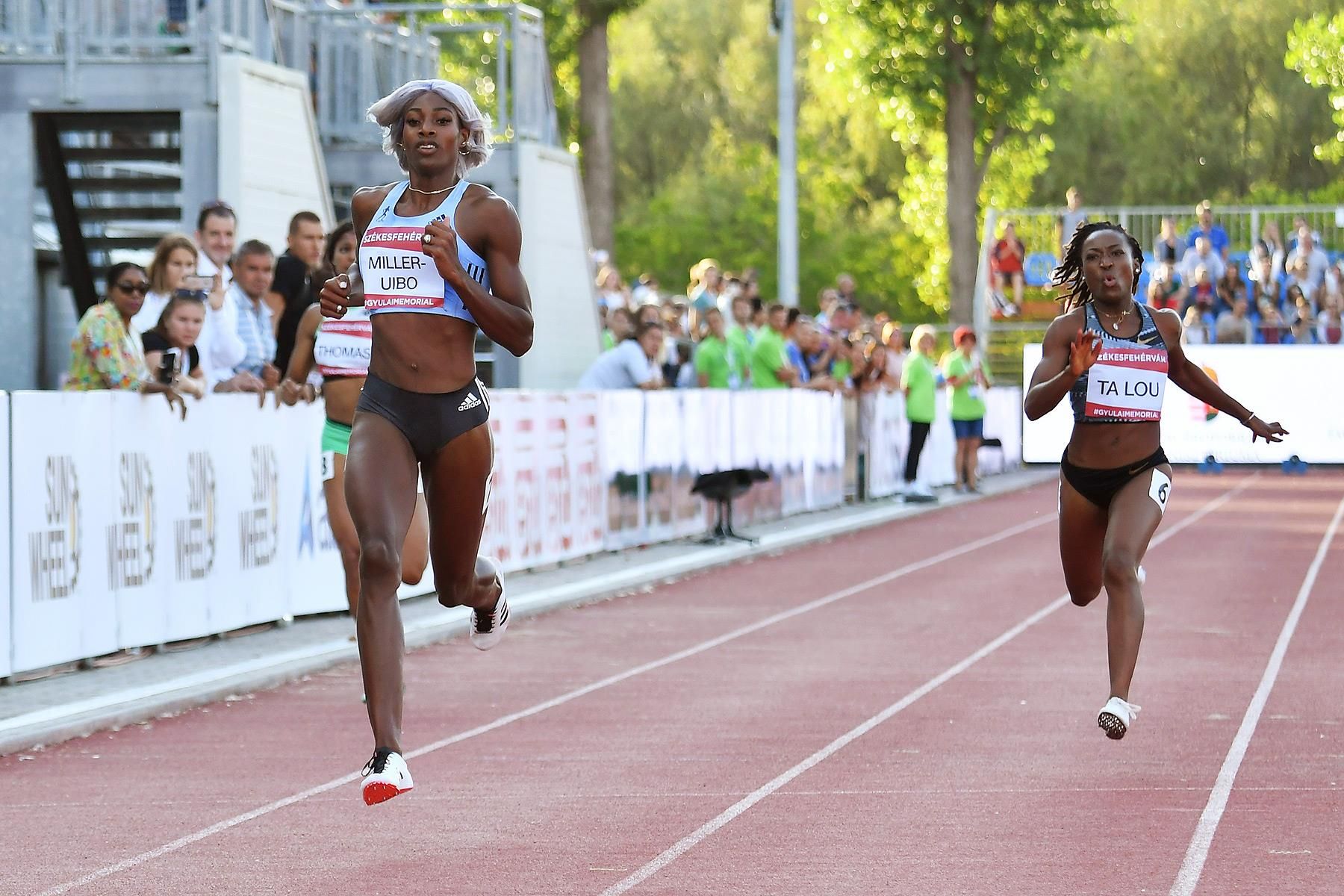 Miller-Uibo has yet to break 22 seconds this year, but this is the strongest 200m line-up she has faced this year, so she may need to improve on her season’s best of 22.03 to guarantee victory.

A staggering total of 12 sprinters with sub-20-second PBs are on the entry lists for the men’s 200m; the strength in depth is so good that there will be two races.

Fresh from the US Trials, Tokyo-bound sprinters Kenny Bednarek and U20 sensation Erriyon Knighton will be the main focus in this event. Bednarek set a PB of 19.78 to secure his spot on USA’s Olympic team, while 17-year-old Knighton reduced Usain Bolt’s world U20 record to 19.88 and then to 19.84. Knighton has shown no fear when racing the senior stars over in the US, but this will be his first ever race in Europe.

The hammer is one of Hungary’s strongest and most popular events, so naturally the women’s and men’s competitions will enjoy their own exclusive time in the spotlight on Monday (5).

Anita Wlodarczyk, one of the sport’s most dominant performers in recent memory, starts as favourite in the women’s event and she’ll justifiably feel hugely encouraged by her recent 77.93m victory at the Continental Tour Gold meeting in Bydgoszcz. The double Olympic champion had been out of action for an extended period of time due to injury, but looks to be getting back to her best form at exactly the right time. Her own meeting record of 78.10m, set just a month before she won her second Olympic title, is a realistic target – and potentially a good omen – for Wlodarczyk.

World medallists Joanna Fiodorow, Malwina Kopron and Alexandra Tavernier are also in the field, as is Oceanian record-holder Lauren Bruce of New Zealand and much-improved US thrower Janee Kassanavoid.

Four-time world champion Pawel Fajdek is the top draw in the men’s event. He leads this year’s world list with 82.98m and has backed up that mark with 82m+ winning marks in his three most recent competitions. Long-time domestic rival Wojciech Nowicki, the European champion, will also compete, along with Hungary’s world bronze medallist Bence Halasz and rising Ukrainian prospect Mykhaylo Kokhan.

Six more field events will be held on Tuesday as part of the main competition programme.

In the men’s discus, Sweden’s Daniel Stahl will take on the two men who preceded him as world champion – Andrus Gudzius of Lithuania and Piotr Malachowski of Poland – as well as Olympic champion Christoph Harting, world silver medallist Fedrick Dacres and British champion Lawrence Okoye.

Two 18-metre performers line up in the men’s triple jump in the form of world indoor record-holder Hugues Fabrice Zango and multiple world medallist Pedro Pablo Pichardo. Algeria’s Yasser Triki, the recent winner in Oslo, is also in the field.

Multiple world and Olympic champion Shelly-Ann Fraser-Pryce is in the form of her life and she’ll be keen to show it once again when she races in the 100m on Tuesday.

Puerto Rican sprint hurdler Jasmine Camacho-Quinn, who leads the world lists with her 12.32 clocking, will try to maintain her winning streak in the 100m hurdles. US Olympic representative Gabbi Cunningham, European champion Elvira Herman, Jamaica’s Britany Anderson and British duo Cindy Sember and Tiffany Porter will also be looking to sharpen their form ahead of the Olympics.

Several of Ethiopia’s finest runners will contest the men’s 3000m, the longest discipline on the Istvan Gyulai Memorial programme. Getnet Wale, up until this year better known as a steeplechase specialist, has impressed on the flat this season and he’ll be keen to get close to the 7:24.98 clocking he achieved indoors earlier this year.

Kenya’s Mark Lomuket, who won a high-quality 5000m race in Bergamo earlier this year, looks the most likely to break up the Ethiopian dominance of this race.