But the World Cup is essentially a team event, and while Moses Kiptanui and Henry Rono of Kenya held the World records at both the 3000m Steeplechase and 5000m, the task of winning both events at an individual global championship - Worlds or Olympics - remains elusive.

Turning our eyes to non-global championships, Kenyans Ben Jipcho, in 1974 Games, and Henry Rono, in 1978, have completed doubles at the Commonwealth Games. Jipcho also won the both events at the 1973 African Games.

At the 1962 Asian Games, Mubarak Shah won both the 3000m Steeplechase and 5000m, while in the 1995 and 2002 Asian Championships Saad Al-Asmari and Khamis Seif Abdullah respectively were victorious at both distances.

Shaheen had skipped the IAAF World Athletics Final the previous weekend in Stuttgart, Germany (9 / 10 September 2006) to prepare for his double attempt at the IAAF World Cup in Athletics, Athens, Greece.

He had hoped to race against Kenenisa Bekele in the 5000m. “The way he (Kenenisa) runs this season, he is not in the best form like he used to be in the last few years.  So I wanted to take this opportunity to make him try,” said Shaheen.

However, Bekele opted for the 3000m instead of the 5000m, and so the showdown never materialized.  “I was not motivated today because he (Kenenisa) was not running.  I was bit disappointed, but I will meet him next time,” said Shaheen in Athens.

In the 11th IAAF World Championships in Athletics, Osaka, Japan, 2007, the men’s 10,000m final takes place on the third day of the Championships, while the men’s 3000m Steeplechase final takes place on the fourth day.  Bekele and Shaheen have respectively won the 10,000m and 3000m Steeplechase at the last two World Championships in Athletics (Paris / Helsinki). Hopefully after attempting to retain their 2003 titles for a second time, they will meet at the 5000m on the ninth and final day of the Championships. 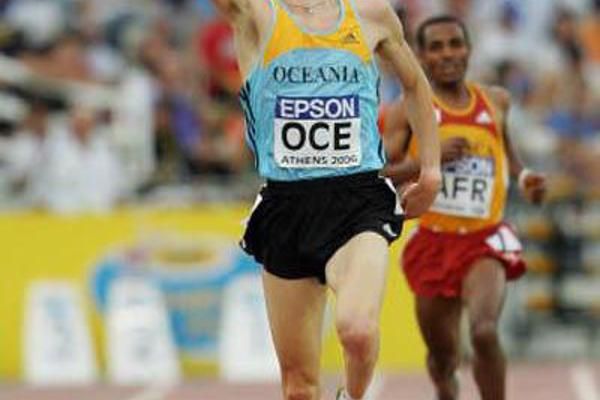 After a disappointing 17th place finish in the Van Damme Memorial 1500 last month, Craig Mottram decided that he wouldn’t be defending his World Cup title in the 3000. But after reading an Australian news report that he was considering pulling out of the race, he quickly changed his mind.