Top Canadian athletes confirmed they are ready for the IAAF World Championships London 2017 as they produced notable performances over four days at the national championships in Ottawa’s Terry Fox Athletic Facility 6-9 July.

"I'm happy...to run sub-20 here. I feel like it makes up for the 100 where I thought I could run sub-10," De Grasse told the local press after his competitive debut in Canada’s capital.

The 22-year-old claimed his third consecutive national 100m title and his first at 200m. Fellow Olympic 4x100m relay bronze medallist Brendon Rodney was his closest rival in both events, setting a personal best of 10.18 and a fast 20.02 in relinquishing his 2016 200m crown.

Crystal Emmanuel booked her ticket to London in both sprints events in commanding fashion to defend her victories from Edmonton in 2016. As in the past edition, she set a personal best in 100m, this time in 11.20, to achieve the IAAF standard to compete in the British capital next month.

Having run 22.69 earlier this season at the IAAF Diamond League meeting in Stockholm, the two-time Olympic semifinalist is confident she will soon become the fastest Canadian woman ever at the distance.

Hometown favourite Melissa Bishop pleased the crowd with a comfortable 800m win in 2:00.26, leading from start to finish.

"It's nice to run at home," Bishop said after running a victory lap for the Ottawa fans. "I haven't been home in a long time to run, and to have my family and my friends here, they've been beside me through this entire career, even before I was an Olympian. . .  so it means a lot."

The 2015 World Championships silver medallist and fourth place finisher at the 2016 Rio Olympic Games used to travel one hour and 30 hours from her hometown of Eganville to train at the Terry Fox stadium early in her career before moving to Windsor for school.

Fresh off her NCAA title, Sage Watson delighted the crowd in the 400m hurdles with her first sub 55-second run on home soil (54.97) to take her first senior title. She is only 0.13 seconds shy of the Canadian record (54.39) set by Rosey Edeh at the 1996 Olympic final.

Other noteworthy performances came in the field events, with Alysha Newman clearing 4.65m in the pole vault, before three unsuccessful attempts at 4.75m in a bid to break her national mark of 4.71m set earlier this season.

Canada’s only 2016 Olympic champion Derek Druin missed the high jump final as he is hoping to recover from a nagging Achilles issue in time for his world title defence in London.

The country’s other reigning world champion, Shawn Barber, dominated the pole vault with 5.40m, three days after competing at the IAAF Diamond League in Lausanne. A wet weather and jetlag had an impact on his performance but he was nonetheless pleased to compete at home.

Angela Whyte produced one of the gutsiest performances of the weekend. After running a windy 12.95 in the semifinals, she dethroned two-time Olympic finalist Phylicia George to take her first 100m hurdles crown since 2011. The 37-year old, three-time Olympian and 2004 Olympic finalist is aiming to make her 10th World Championships team (both indoors and out), 16 years after her debut on the global stage in her hometown of Edmonton in 2001.

World and Olympic 3000m steeplechase finalist Matt Hughes marked his comeback on a high note. In his first race after the Rio Olympic final and after hitting a fire hydrant during a training run in March that injured the patellar tendon in his right knee, the Canadian record holder won the national title in 8:30.95, under the 8:32 IAAF standard required to compete at the World Championships.

A record 1303 athletes participated with 10 championships records set across U20 and senior divisions.  The Canadian team for the IAAF World Championships will be announced following the end of the qualification period on 16 July. The local club Ottawa Lions will host the 2018 edition as well. 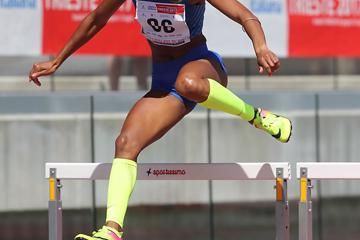 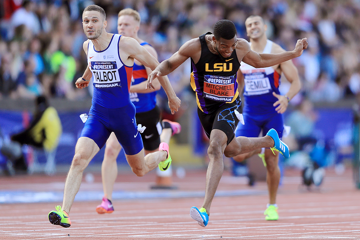 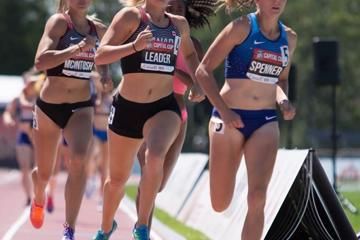 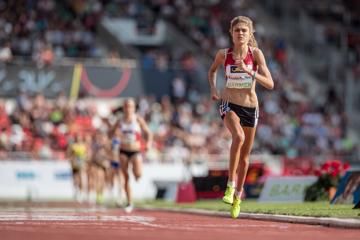