The 16th edition of the IAAF's flagship event was ranked as the leading sporting event of 2017 out of 80 events in Sportcal’s Global Sports Impact (GSI) Index, which analyses major global sporting events across a series of data indicators.

“This is terrific and I want to thank Sportcal and the judges as 2017 had some particularly great sports events," said IAAF President Sebastian Coe, who accepted the award.

"I am really collecting this award on behalf of two exceptional organisations: the IAAF World Championship 2017 Organising Committee and my team at the IAAF. Great events need strong partnerships and we had a great partner in our London Organising Committee, the Mayor of London and the enthusiastic athletics’ fans in the UK. This created a fantastic platform for the athletes and our global flagship event.”

More than 705,000 tickets were sold for the 14 sessions of athletics at the Queen Elizabeth Olympic Park in London, the site of the London 2012 Olympic and Paralympic Games. More than 1,800 athletes from 197 nations competed across the 10 days of competition.

The event received 6,526 hours of dedicated television coverage in 93 markets, according to research published by London & Partners, the official promotional company for London. 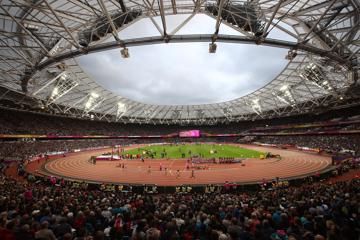