Organisers of the IAAF World Challenge meeting in Beijing have announced another raft of top names that will grace their meeting on 21 May, including both of the 2011 IAAF World Championships gold medallists in the javelin, Germany’s Mattias De Zordo and Russia’s Mariya Abakumova.

De Zordo will face the strong Czech pair of Jakub Vadlejch and Petr Fredrych while Abakumova, who has already thrown 69.34m this year when winning at the European Cup Winter Throwing last month, will have opposition from Australia’s Kathryn Mitchell and a very good Chinese trio of Lu Huihui, Li Lingwei and Zhang Li.

Both De Zordo and Abakumova had Olympic Games to forget, neither getting on the podium and De Zordo did not even make the final after three no throws in qualifying due to injury, and so they will want to test themselves ahead of the defence of their World titles this summer.

At the same Nanjing meeting, triple jumper Dong Bin set an Asian indoor record of 17.12m and, boasting of an outdoor best of 17.35m, he is one of the emerging Chinese men’s talents looking to fill the hole left by the absence this year, due to injury, of the 2004 Olympic Games 110m Hurdles champion Liu Xiang.

In addition to the top Chinese women Javelin exponents, it’s no surprise that several of the country’s other top female throwers will also be in action in the famous Bird’s Nest stadium, including 2012 Olympic Games Shot Put bronze medallist Gong Lijiao and hammer thrower Zhang Wenxiu, who took an Olympic Games bronze medal in the same stadium five years ago and who also has two World Championships bronze medals to her name.

A notable addition to the names already announced for the track events is US hurdler Kellie Wells, who won the Olympic Games 100m Hurdles bronze medal in London last summer.

One of the aims of Beijing hosting IAAF World Challenge meetings in 2013 and 2014 is to accumulate experience ahead of the 2015 IAAF World Championships, which will be staged in the Chinese capital, and train the officials who will be in charge during that event. 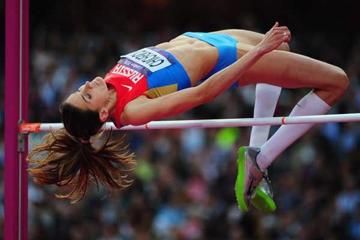