Dong Hoo Moon, the former Vice President and Secretary General of the Daegu 2011 Organising Committee that recently staged one of the most successful IAAF World Championships in history, has been awarded the prestigious ‘Korean Sports Figure of the Year Award’.

SportsForum 21, a leading organization composed of influential figures in the fields of sport, media and academia, presented a plaque to Moon in honor of his immense contributions to the IAAF World Championships Daegu 2011.

“I am deeply honored to be recognised for this award and I would like to dedicate it to the citizens of Daegu,” said Moon in his acceptance speech.  “I had the privilege to work with a professional group, and the passion and enthusiasm of the citizens over the past years has been incalculable.”

The IAAF is pleased to announce that the analyses of the urine samples collected during the 13th edition of the IAAF World Championships, Daegu 2011 as part of the biggest ever athletics anti-doping programme, are now completed.

The number of false starts at the 2011 IAAF World Championships in Daegu, Korea (27 Aug to 4 Sep) declined dramatically when compared to the average for the three global championships that took place immediately before the introduction of the current False Start Rule (162.7). 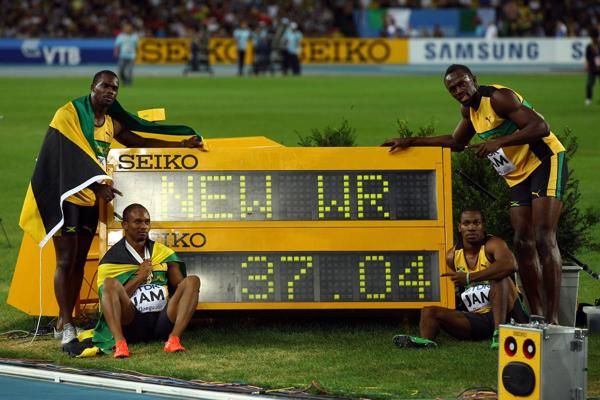 Daegu, Korea – An explosive Jamaican blitz descended upon Daegu Stadium on the final day of the 13th edition of the IAAF World Championships as a quartet from the Caribbean sprinting powerhouse broke the World record in the men’s 4x100m Relay.