In one of the most thrilling hammer competitions ever, Anita Wlodarczyk of Poland set a world record at Berlin’s Olympic Stadium with a 77.96m* launch.

Throwing in the second round, the 24-year-old Pole broke the previous record of 77.80m set by Russian Tatyana Lysenko of Russia in 2006. It was the third world record set during the 12th IAAF World Championships in Athletics.

Sixth at the Olympic Games last year, Wlodarczyk emerged this season as the most consistent thrower in the world, with wins in 11 of her 13 competitions and eight of the season’s 14 farthest throws, all beyond 75 metres. Her final Berlin tune-up was a strong indication of things to come tonight, when she threw 77.20m in Cottbus exactly two weeks ago (8 August) to break the national record held by the late Kamila Skolimowska.

As it turned out, she needed little short of another national record – her last moved her to No.4 all-time – to dethrone the energised defending champion, Betty Heidler. The popular German’s appearance here turned this evening into the championships’ first advance sold out session. And Heidler did her best to rise to the occasion.

Throwing first, Wlodarczyk set the tone for the evening with a solid 74.86m effort, to take immediate control. Two throwers later it was Heidler’s turn, and the 25-year-old responded admirably with a 75.10m throw to take the lead.

Wlodarczyk’s record blast came in the second round, which ironically, would also end her evening prematurely. Jumping across the track towards her coach to celebrate her record, Wlodarczyk twisted her ankle badly and was forced to watch the rest of the competition with her ankle wrapped and heavily iced.

With the Pole watching from the sidelines, the focus moved quickly, squarely and solely on Heidler. Despite the pressure on her shoulders, Heidler remained poised as the evening progressed, kept applying the pressure, and kept improving.

She threw 75.38m after watching the world record fall, and then further still in the third round reaching 75.73m. After a 73.45m toss in the fourth, her shortest of the evening, she improved again to 76.44m in the fifth, just 11 centimetres shy of her own national record set three years ago.

With the vast majority of the capacity crowd still in their seats, Heidler saved her best spin and toss for last. When her last throw finally landed, it broke ground at 77.12m, launching her into territory that only four others have thus far treaded. Hers was the farthest non-winning throw ever in the event, and she ended the evening in the No.5 spot of all time.

Wlodarczyk did make one more appearance in the ring, but her final effort was hardly a throw, moreso simply a quick return to the scene of her finest hour, one that would make her $160,000 richer.

In the third round, Heidler's teammate Kathrin Klaas unexpectedly put herself in bronze medal position with a 74.23m throw in the third round, the first in her career beyond 74 metres. The 25-year-old kept the crowd’s hopes high until she was overtaken in the fifth round by Slovak Martina Hrasnova who threw 74.79m to steal the bronze. For each it was their best finish at a World Championships.

China's Zhang Wenxiu, the 2007 world and 2008 Olympic bronze medallist, was fifth this time around with a 72.57m best, just ahead of Lysenko, who reached 72.22m on the night she witnessed her global mark fall. 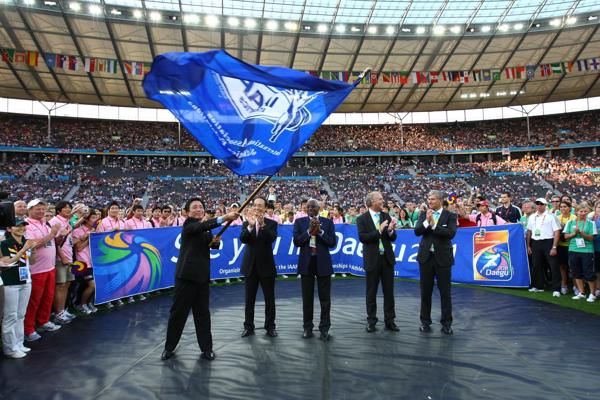 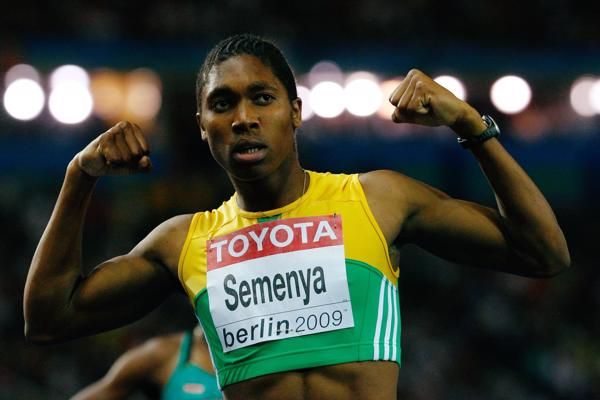 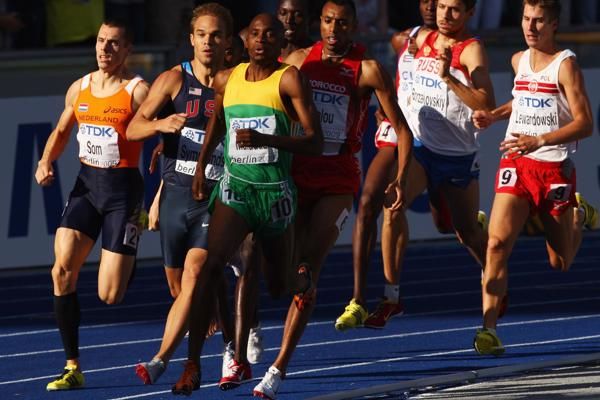