The meeting, which marks the penultimate stop of the 2016 IAAF World Challenge series before its final instalment in Zagreb on Tuesday, promises outstanding field events with rematches for German athletes setting the tone.

A late addition to the programme, but promising fireworks, will be the men’s javelin. With Germany’s Thomas Rohler bringing home the gold medal from Rio, the organisers swiftly decided it would be a travesty to deprive the home crowd of one of their two Olympic champions.

The 24-year-old bounced back with aplomb in Brazil after a back injury hampered his form at the European Championships, where he finished fifth. Holding the world-leading mark at 91.28m, and with strong home support, the Berlin crowd could be treated to something special.

The field also includes his compatriots Johannes Vetter and Julian Weber, who finished fourth and ninth respectively in Rio and they have shown form with throws beyond 88 metres this year, while European champion Zigismunds Sirmais of Latvia hopes he can spoil a German 1-2-3.

The women’s event features surprise Olympic champion Sara Kolak, who set national records in both the qualifying competition and the final in Rio.

The Croatian will face 2013 world champion and crowd favourite Christina Obergfoll, who will be having her last international competition and is assured a fond farewell.

One of the strongest fields on the track is the women’s 800m. It features five of the eight finalists from Rio, led by South Africa’s Caster Semenya and Burundi’s Francine Niyonsaba, who took gold and silver respectively in Rio.

Both have continued their fine form with victories at the IAAF Diamond League meetings in Zurich and Lausanne respectively, with Semenya taking home the Diamond Trophy with a win in 1:56.44 on Thursday night.

In the women’s long jump, Tianna Bartoletta is aiming to find the form that saw her soar to 7.17m and the gold medal in Rio.

The US two-time world champion has struggled since and had modest performances on the IAAF Diamond League circuit in Lausanne, Paris and Zurich so Great Britain’s Shara Proctor and Jazmin Sawyers as well as Germany’s Sosthene Moguenara-Taroum could challenge her.

The men’s discus is always a highlight in Berlin. Five of the past six editions have been won by 2012 Olympic champion and local hero Robert Harting, with the exception of last year when he was ruled out with a knee injury.

In the absence of his younger brother Christoph, who succeeded him as Olympic champion, Piotr Malachowski could be a threat to the elder Harting.

The world and European champion added value to his silver medal from Rio by putting his medal up for auction to raise vital funds for a three-year-old suffering from cancer in his native Poland, while Germany’s Olympic bronze medallist Daniel Jasinski is also in the field.

After breaking Wilson Kipketer’s 800m world record at the 2010 ISTAF meeting, David Rudisha is making his return to the famous blue oval.

Fresh from successfully defending his Olympic title, the world record-holder will face European champion Adam Kszczot, who is looking for redemption and revenge after having missed out on the final in Rio.

Germany's Christina Schwanitz is also looking to bounce back from Olympic disappointment. The world champion had to settle for fifth in Rio but with a field including all three medallists – Michelle Carter, Valerie Adams and Anita Marton – at least, she will have the crowd guaranteed to be on her side.

The men’s field includes two-time world champion David Storl, who took the European crown this summer but finished down in seventh in Rio, as well as world U20 champion Konrad Bukowiecki and two-time Olympic champion Tomasz Majewski.

Brazil’s newly crowned Olympic pole vault champion Thiago Braz, who with an Olympic record 6.03m in Rio provided one of the highlights of the Games, will be in the men’s pole vault.

However, Sam Kendricks has been in good form since taking bronze behind Braz. The US vaulter has since set a meeting record and equalled his 5.92m PB at the IAAF Diamond League meeting in Lausanne and pushed world record-holder Renaud Lavillenie with a shared 5.90m victory in Zurich.

World bronze medallist Gesa Felicitas Krause is planning an assault on her own German 3000m steeplechase record. The 24-year-old won the European title, but was left with mixed feelings following her sixth-place finish in Rio, despite finally claiming the German record with 9:18.41, taking 0.13 off Antje Moldner-Schmidt’s seven-year-old mark.

Virginia Nyambura is also in the field. The Kenyan last year set what was then a 2000m steeplechase world best at the ISTAF, when Krause finished third. 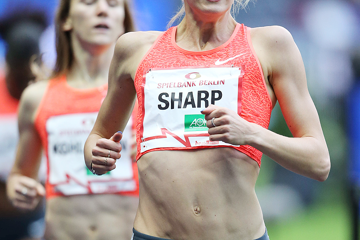 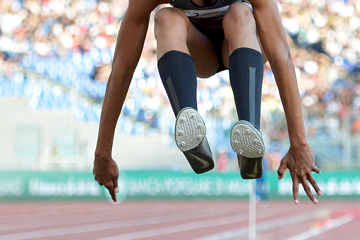 Rojas and Brenes provide the highlights in Ma...