The world’s best sprinters put up some eye-popping times in the opening session of the athletics programme at the Tokyo Olympics as Jamaica’s Shelly-Ann Fraser-Pryce began her quest to become the first woman to win three 100m titles.

Exactly four years, 11 months and nine days after the close of the Rio 2016 Games, the athletics competition got underway on Friday morning (30) with a series of heats and qualification rounds held in hot and humid conditions.

With no spectators in the 60,000-capacity stadium, the atmosphere was eerie, with the incessant buzzing of cicadas from outside the arena clearly audible inside the venue.

But the weather proved ideal for sprinting, and the women took full advantage – with six runners going under 11 seconds in the 100m heats.

Marie-Josee Ta Lou of the Ivory Coast stole the show, blasting to victory in her heat in 10.78 seconds, equalling the African record and recording the fifth-fastest time of the year.

“I’m in shock actually,” said Ta Lou, who finished fourth in the 100m and 200m at the Rio Games. “I really didn't expect to run as fast as I just did. I have never run here. I didn't even train in the warm-up area. So it's my first time and I was like, ‘Wow!’”

The three leading Jamaicans all advanced comfortably to Saturday’s semifinals.

“It’s good to execute in the heat, because I guess there’s less pressure, and then it gets to the semis where it’s a little bit more pressure,” Fraser-Pryce said. “So you just want to make sure that you execute.”

Defending Olympic 100m and 200m champion Elaine Thompson-Herah got off to a great start and charged home to victory in her heat in 10.82. 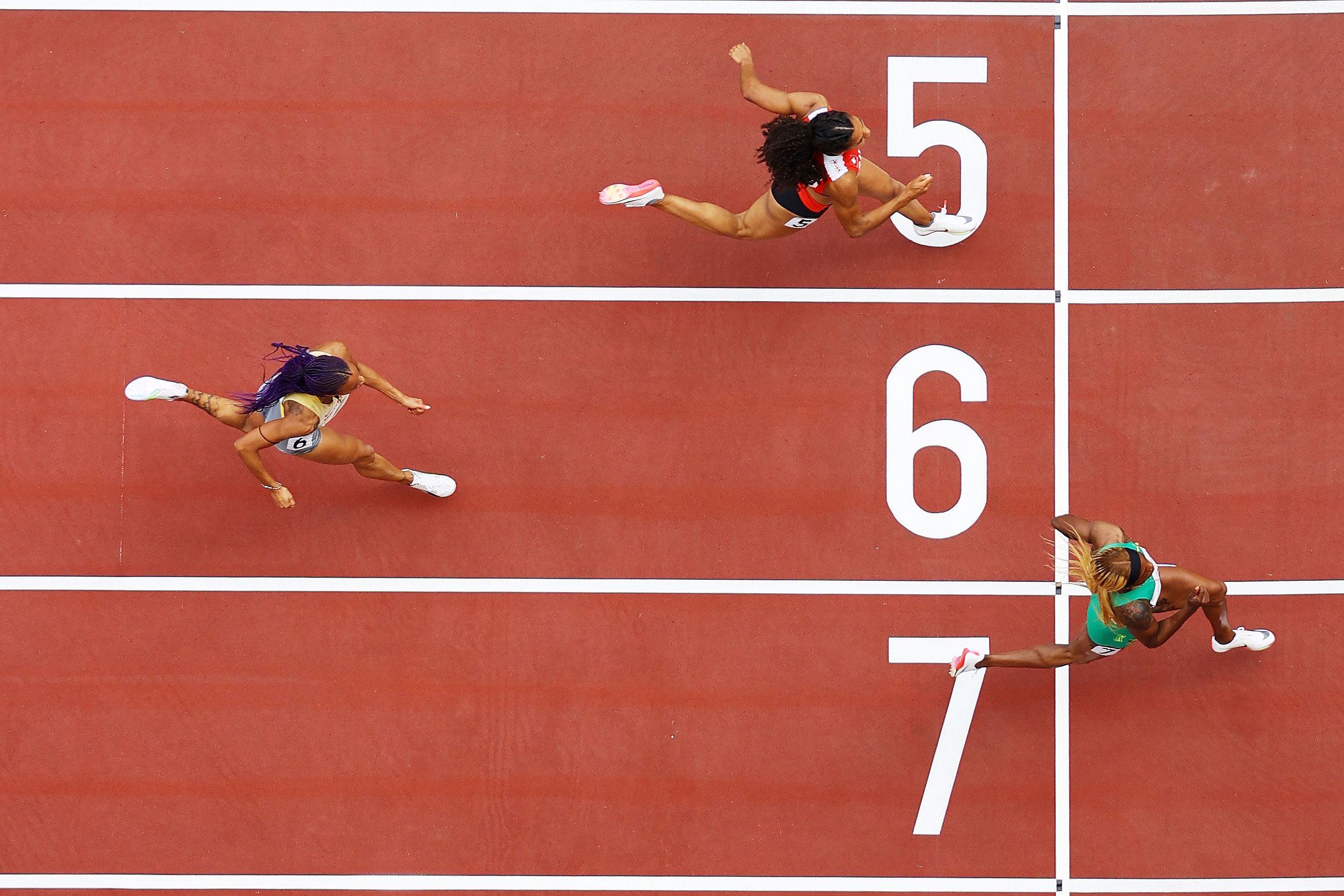 And Shericka Jackson, an Olympic and world 400m medallist who is focusing on shorter sprints the year, advanced by finishing second in her heat in 11.07.

Karsten Warholm, the world record-holder and two-time world champion in the men’s 400m hurdles, opened his bid for a first Olympic title by easily winning his heat to advance to the semifinals.

Running in lane eight, the Norwegian was comfortably ahead over the final hurdle and jogged across the line in 48.65 – nearly two seconds off the time he ran earlier in Oslo his year to break Kevin Young’s long-standing world mark. 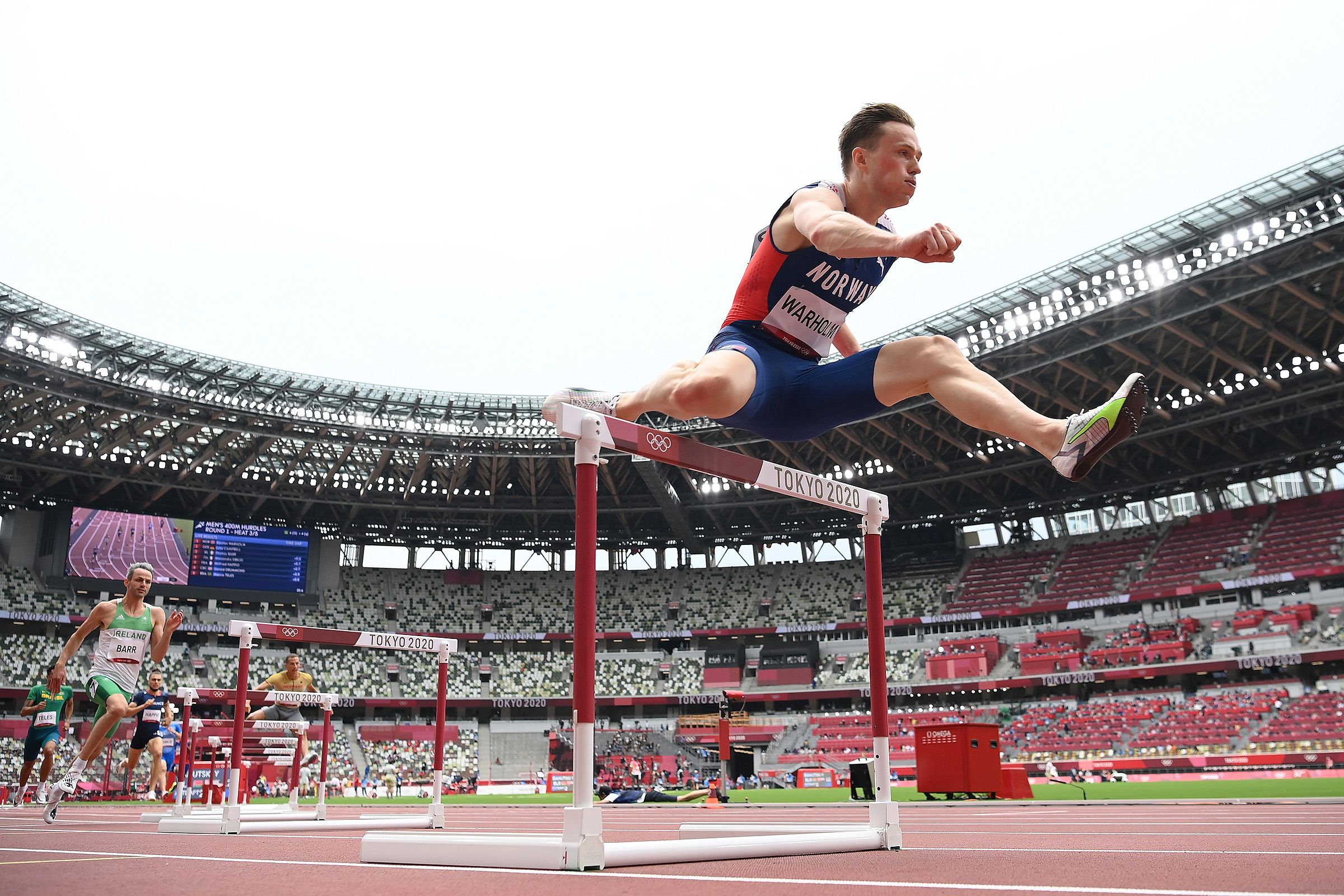 “It was nice to get out on the track again,” Warholm said. It’s something you’ve been looking forward to for a long time. I’ve been here for two weeks already, I’m starting to get bored so it was very nice to get around.”

World silver medallist Rai Benjamin, who clocked 46.83 at the US Trials to go third on the all-time list, sailed through his heat in 48.60.

“I was a little too excited on the warm-up field,” he said. “I was like, ‘Man, let's get this show on the road'. But it was nice to come out here and get a controlled one. It's the first round and I feel pretty good."

Athing Mu, the 19-year-old US middle-distance star, made her Olympic debut in style by cruising to victory in her 800m heat. She ran past Ethiopia’s Habitam Alemu in the final 20 meters to cross in 2:01.10. 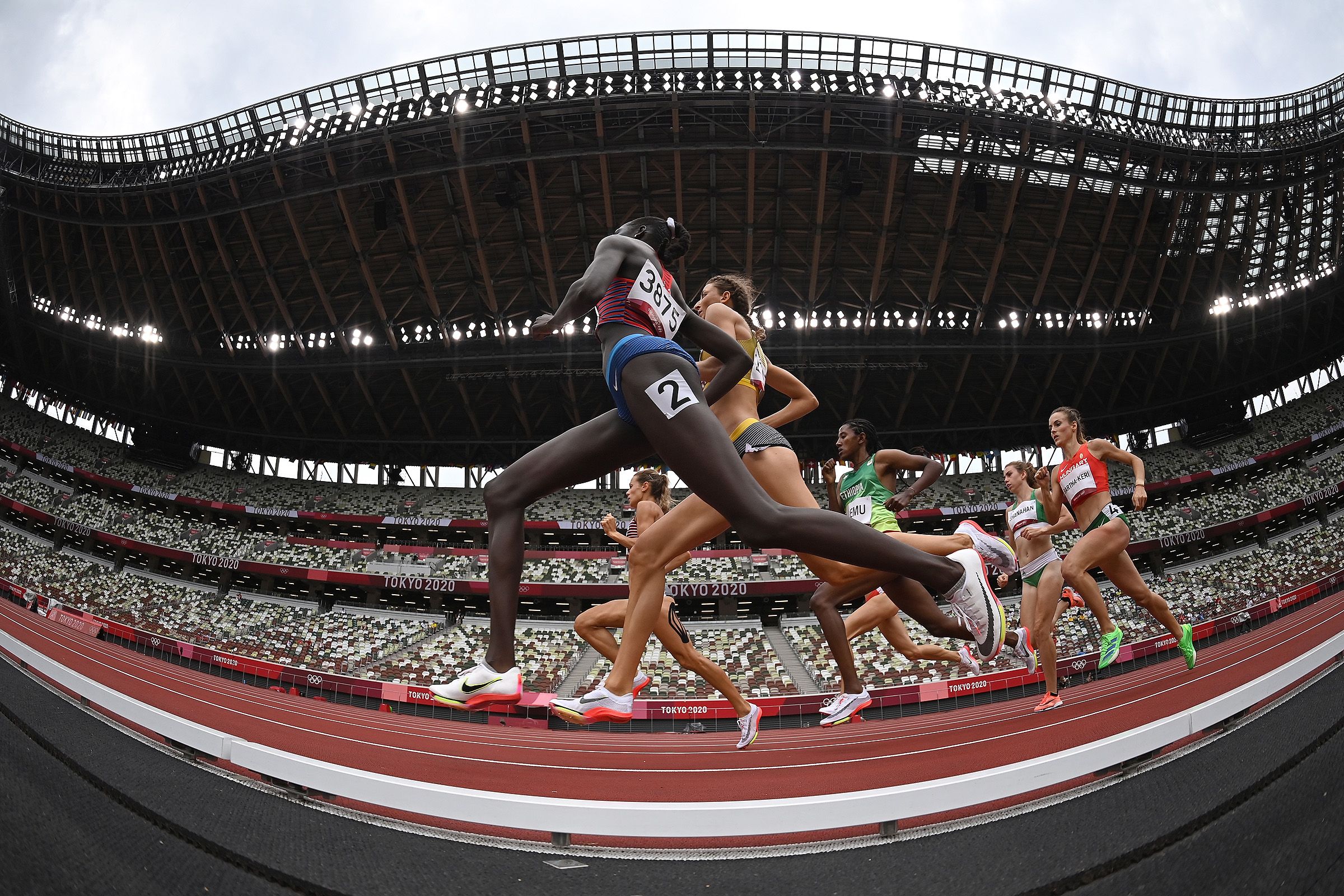 Mu, who clocked a world-leading 1:56.07 at the US Trials for the second-fastest time ever run by a US woman, is aiming to become the first US athlete to win the women’s Olympic 800m since Madeline Mims at the 1968 Mexico City Games.

Mu said the absence of fans actually helped her by easing the pressure.

“Because it's my first Games I feel like having more people in the stands and that big roar and everyone's just looking at everyone that's competing all eyes on you, it makes me feel a little more anxious,” she said.

Another top contender, Cuba’s Rose Mary Almanza, progressed in 2:00.71. World champion Halimah Nakaayi of Uganda finished only fourth in her heat but qualified by her time of 2:00.92.

In the men’s 3000m steeplechase, Ethiopia’s Lamecha Girma led all qualifiers by winning his heat in 8:09.83. He was closely followed by 19-year-old Ryuji Miura, who ran 8:09.92 to break his own Japanese national record. 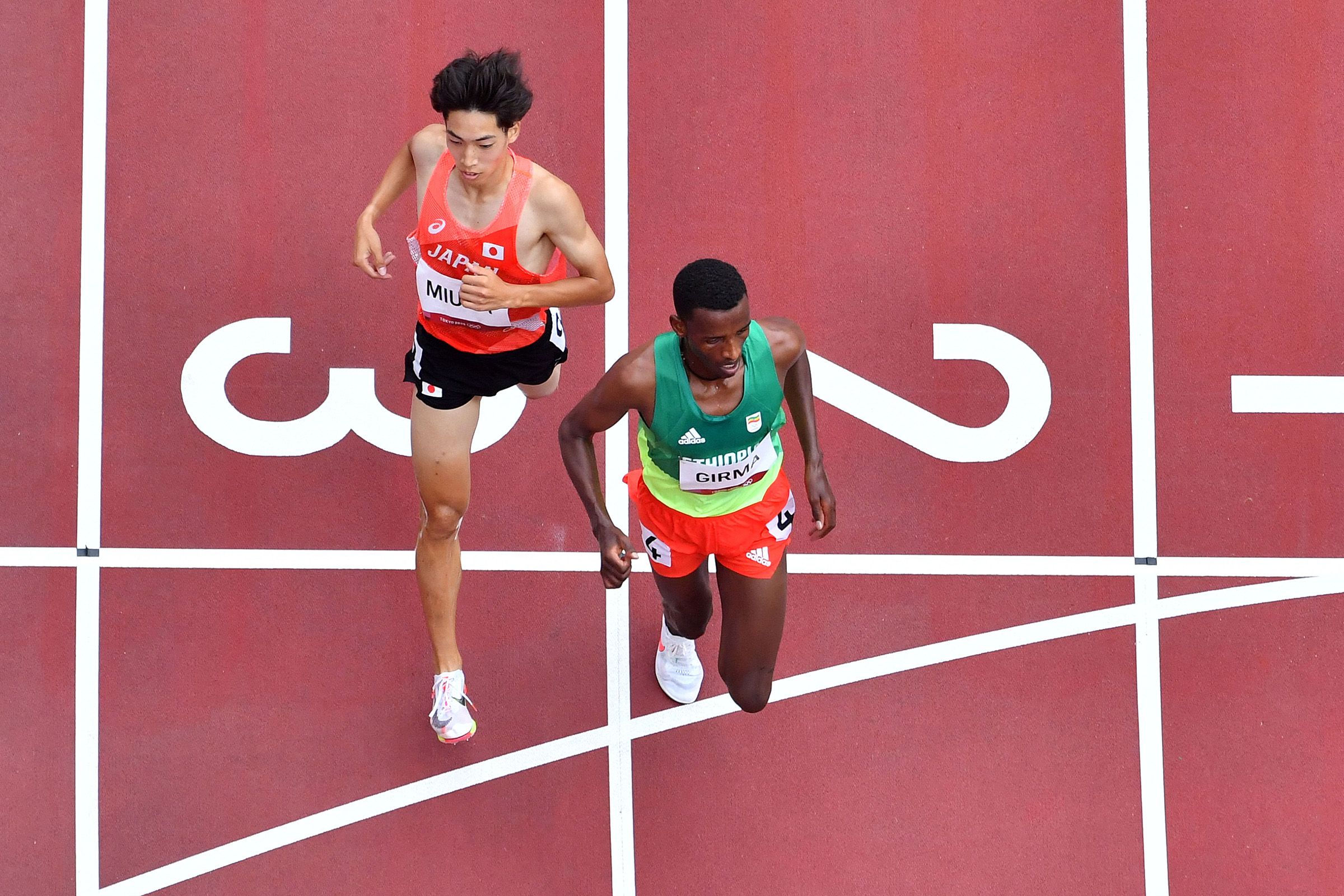 Kenyans have won the 3000m steeplechase at all but two Olympic since 1968; the only times they didn’t was when Kenya boycotted the Games. Reigning champion and two-time world champion Conseslus Kipruto did not qualify for Tokyo.

In men’s high jump, two-time world champion Mutaz Barshim was among those qualifying for the final by clearing 2.28m. A bronze medallist in 2012 and silver medallist in 2016, the 30-year-old Barshim is seeking to win Qatar’s first ever Olympic gold.

“I’ve been waiting for five years for this,” Barshim said. “It’s the one I want and I’ll do what it takes to make it happen.”

US star JuVaughn Harrison, who is competing in both high jump and long jump, also advanced to the high jump finals. He’s the first US man to qualify for both events at the Olympics since Jim Thorpe in 1912.

In the men’s discus, world champion Daniel Stahl needed just one throw to qualify for the finals with an effort of 66.12m. The world leader at 71.40m, Stahl is aiming to become the first Swede ever to win an Olympic discus title.

Andrius Gudzius, the 2017 world champion who is trying to win Lithuania’s fourth Olympic gold in the discus, advanced with a throw of 65.94m. Rising star Kristjan Ceh of Slovenia had the day’s third longest throw of 65.45m.