The women’s 100m final saw the introduction of a projection mapping light show to set the stage for one of the highlights of the Tokyo Olympic Games on Saturday night (31).

The technology made a successful debut in the Khalifa Stadium at the World Athletics Championships in Doha in 2019, where a delegation from the Tokyo 2020 Organising Committee (TOGOG) and the Olympic Broadcasting Service (OBS) first saw the spectacle in action and agreed to work on a similar light show for the Olympic Games.

However, the logistics of the Tokyo stadium and the programme of events mean that the light show is only viable for the women’s and men’s 100m finals.

The show, used to create anticipation for the race and to introduce the eight finalists, is projected on to the 100m track using 12 projectors, the same ones that were in place for Tokyo 2020’s spectacular Opening Ceremony. 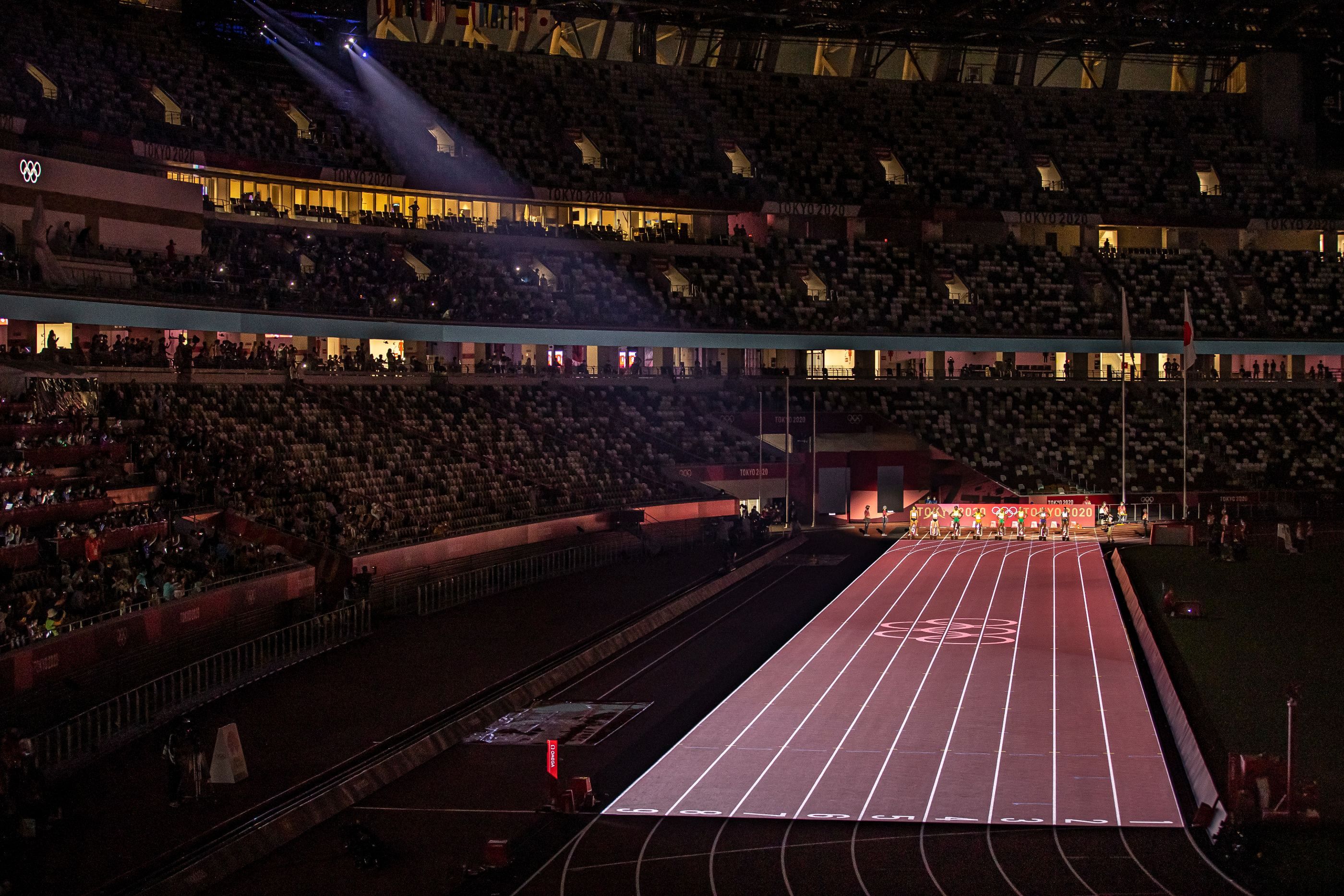 It creates 3D images of the world, zooming in to the Tokyo skyline, and then the name of each athlete in the final is projected on the track when he or she is introduced.

"We’ve created a Hollywood-style introduction for our athletes because they are the stars of our show and they deserve this kind of attention," he said.

"We’re also in the business of entertaining the fans and this is one of the tools we can use to grab their attention.

"But we can only do it in a modern stadium like this one that has the technology we need, including the ability to turn the lights up and down in an instant." 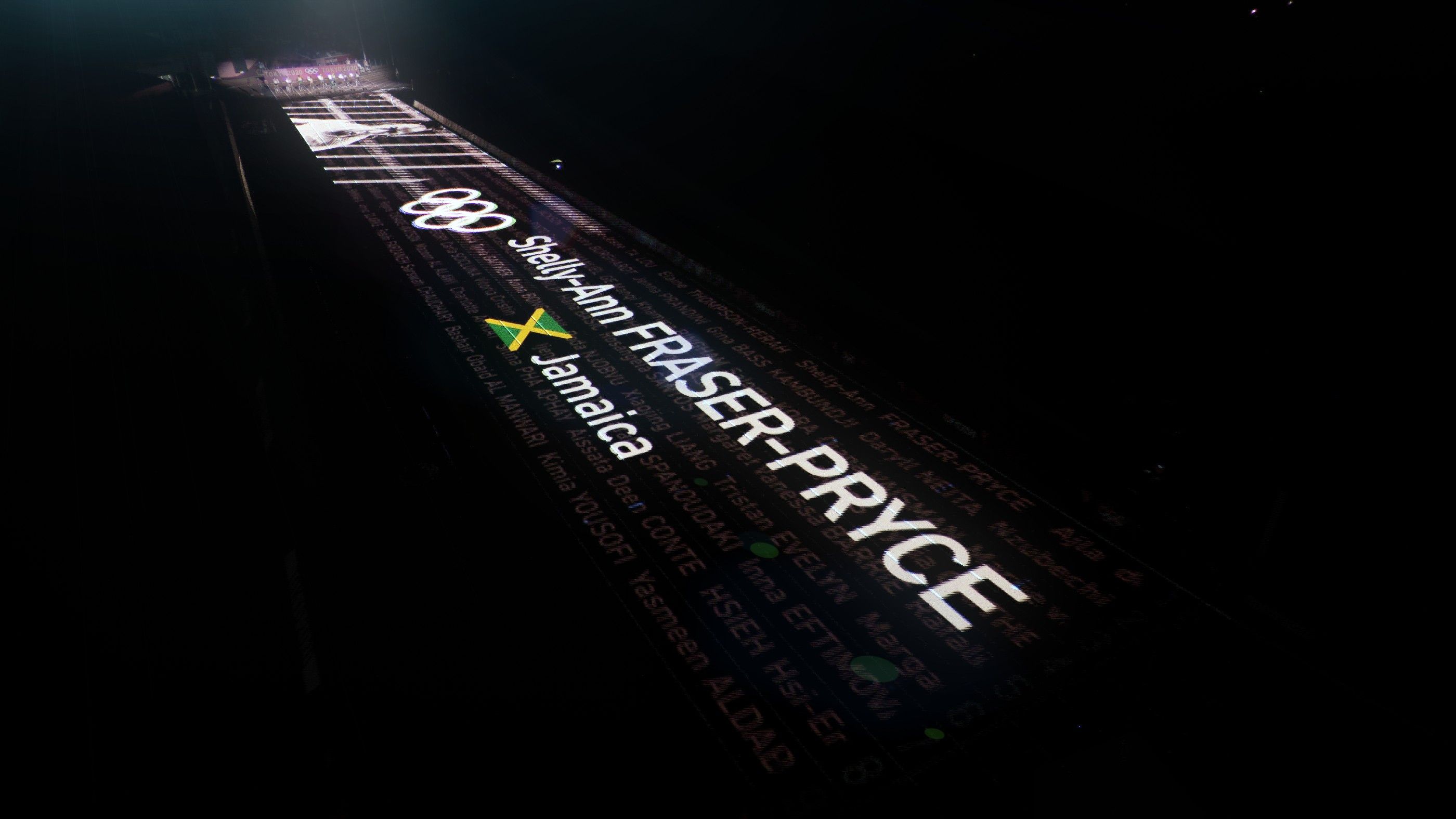 Weber said it was a logistically complicated process because the full stadium had to be plunged into darkness, including the huge electronic screens and back of house lights, in order to get the full effect.

Broadcasters have been provided with desk lamps to allow them to continue to see their commentary notes when the lights go out.

The athletes are briefed in the call room about the process beforehand and are taken out on to the track eight minutes before the start.

They are given four minutes to do a last warm up before they are marshalled behind their starting blocks.

The stadium lights are turned down three minutes and 30 seconds before the start and the light show begins. 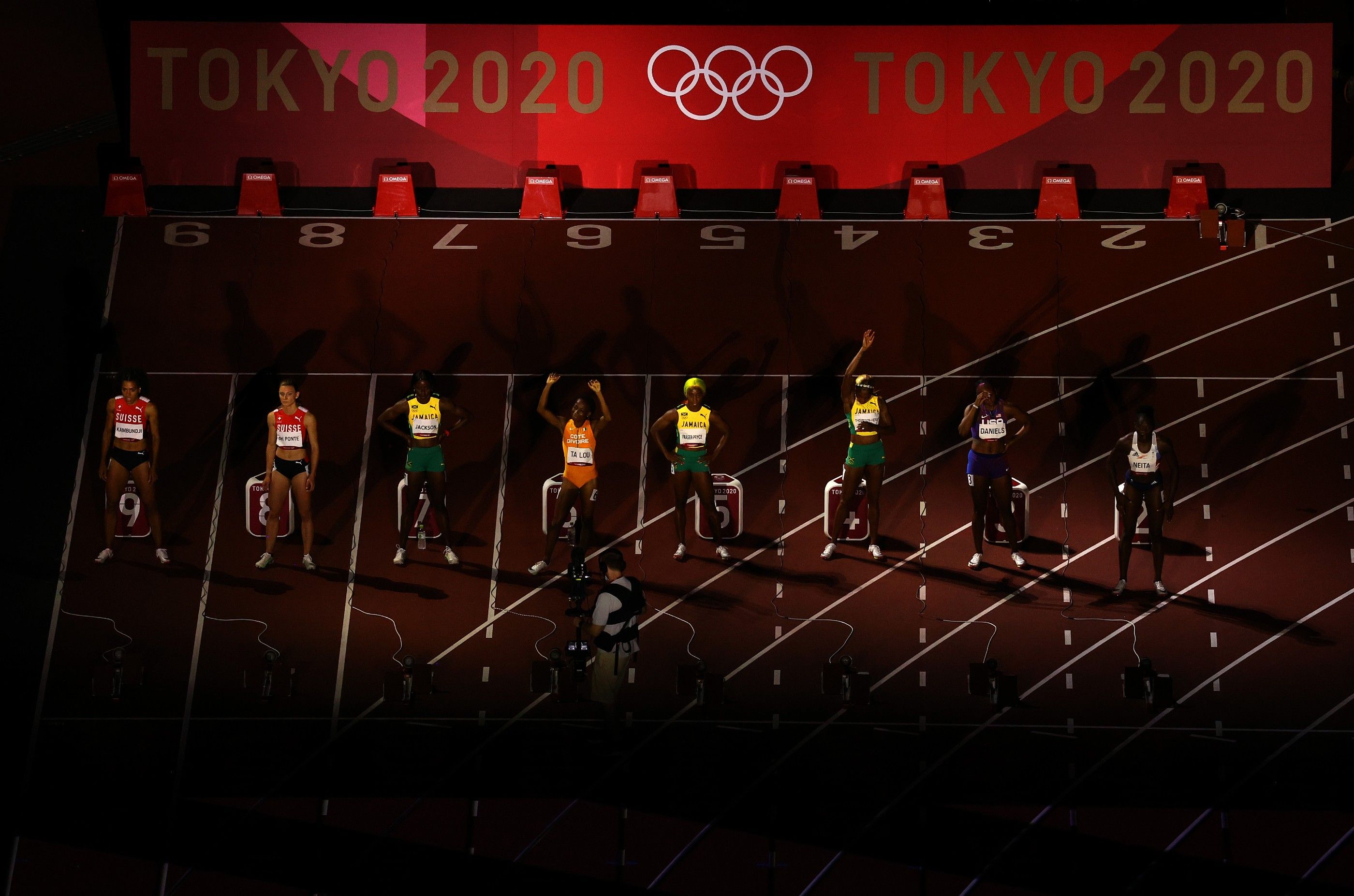 "That’s the same time that a usual track race introduction takes, so the athletes are not being held any longer than they would be normally," Weber said.

Weber explained that each stadium projector had to be recalibrated each day, taking a technician two to three hours, as changes in temperatures between day and night created expansion and contraction in the projector housings and they moved slightly each day.

"We’re very thankful to the OBS and TOCOG, especially Sport Presentation Director Keisuke Goto, for supporting this innovation," he said. 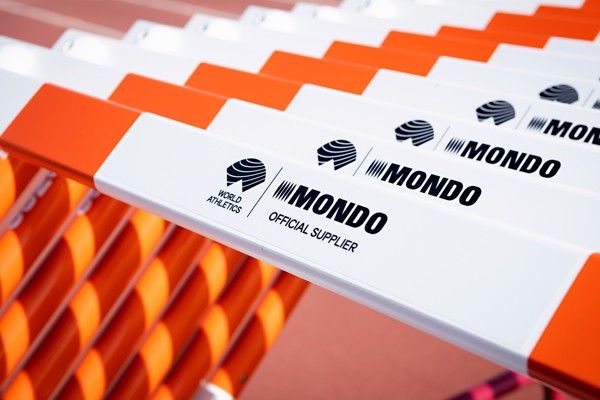