Fireworks by Hassan and Obiri in Rome – IAAF Diamond League

Sifan Hassan of the Netherlands and Hellen Obiri of Kenya lit up the middle distance events at the IAAF Diamond League meeting in Rome on Thursday night (8), turning in a pair stunning performances to set world-leading times in their respective events at the Golden Gala Pietro Mennea.

In the end, they turned what looked like competitive races into absolute routs on a warm, dry evening in the Olympic Stadium, with Hassan blasting to victory over 1500m in 3:56.22 and Obiri setting a Kenyan record of 14:18.37 to come home alone in the 5000m.

After a steady opening half of the women’s 1500m – where 800m was reached in a conservative 2:07 – Hassan moved towards the front and when she dropped the hammer on the final lap, her rivals simply had no response. She clocked a 60.7-second final lap to come home well clear of Winny Chebet (3:59.16) and Konstanze Klosterhalfen (3:59.30), who both set lifetime bests.

“I am very surprised, such a fast time!” said Hassan. “I felt strong, but did not push too early or start too fast. It was not so hard for me.”

In the 5000m, the talk beforehand had been all about Genzebe Dibaba’s attempt at her older sister Tirunesh’s world record, and confidence seemed high in the Ethiopian’s camp, with a sub-14-minute pace requested at the technical meeting two days before.

However, it was eventually decided that a 14:10 pace would suffice, and Dibaba duly assumed pole position behind the pacemakers and passed 1000m in 2:51. But at 3000m, reached in 8:38, the first cracks were beginning to show for the 1500m world record-holder.

Obiri, who had finished second in the Olympic 5000m final, soon put Dibaba’s endurance to the test, charging ahead at the front of the race. It was a surge no one, not even Dibaba, could handle, and the Kenyan reeled off a 65-second lap to bring her clear of her rivals.

From there, she kept pouring coal on the fire, eventually crossing the line and falling to the track with a world lead and national record in hand. Agnes Tiprop came through strongly for second in 14:33.09, with young Ethiopian Letesenbet Gidey third in 14:33.32, moving to second on the world U20 all-time list. Dibaba faded to sixth in 14:41.55.

"When I came to this race, I told myself that nobody can beat me," said Obiri. "I thought Genzebe would push it forward but when she did not, I tried to do that myself. From the beginning, I was looking to the front, thinking about a time around 14:18. I even think I can improve it at the next competition."

Kipruto all class in steeplechase

Elsewhere Conseslus Kipruto confirmed his superiority over the world of steeplechasing with a classy, almost cocky display to win in 8:04.63. In a race that set out at a swift pace – they passed 1000m in 2:37 – Kipruto nestled behind the pacemakers, biding his time. The pace inevitably slowed in the second kilometre, and when the field hit 2000m in 5:23, Kipruto swept to the front.

He pulled with him compatriots Amos Kirui, Jairus Birech, and Moroccan newcomer Soufiane El Bakkali. Kipruto, just as he did in Rio, then refused to surrender the lead throughout the final lap.

Just when it seemed he was coming under threat, as El Bakkali ranged up alongside with 100 metres to run, the Olympic champion shifted gears impressively, cruising clear and crossing the line almost nonchalantly with the night’s first world lead.

El Bakkali took nine seconds off his PB to finish second in 8:05.17, with Birech third in 8:07.84. Two-time Olympic champion Ezekiel Kemboi made a disappointing return, trailing home 17th in 8:33.07.

“I always try to keep the speed for the last two laps and when I have enough power, it pays off,” said Kipruto. “I started this season as planned – 8:04 is a good time.”

It was so quick that Kinyor tried to snatch the race itself, looking around with 200 metres to run and deciding that his lead was sufficient to carry on. However, he was struck down with overwhelming fatigue as he turned for home and the first to pass was Kszczot, who powered past to victory ahead of Bett.

“I had to change pace at least three or four times in the race and it cost me a lot,” said Kszczot. “But I was still able to beat the guys with even better times and that makes me happy.”

Merritt back on top

In the men’s 110m hurdles, Aries Merritt proved he is once again a force to be reckoned with, taking victory despite an imperfect race in 13.13. Orlando Ortega was a close second in 13.17, with Sergey Shubenkov third in 13.21.

“I was a bit sloppy,” said Merritt. “I just got off the plane from the US two days ago and I am still jetlagged. I wanted to run much faster but in the end I’m happy with a season’s best.”

In the women’s 400m hurdles, which was not an IAAF Diamond League event, Janieve Russell seized command early in the race, turning for home with a three-metre advantage. Though she slowed over the final barriers, it was a lead she never relinquished, the Jamaican coming home in 54.14, a season’s best. Denmark’s Sara Petersen took second in 54.35, with South Africa’s Wenda Nel Theron third in 54.58. 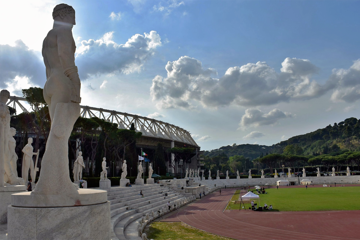 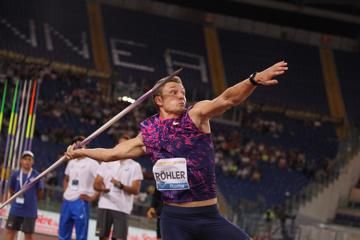