Duplantis, Richardson and Ingebrigtsen get set for strong Diamond League start in Gateshead

Mondo Duplantis, Sha'Carri Richardson and Jakob Ingebrigtsen at the press conference ahead of the Wanda Diamond League meeting in Gateshead (© Matt Quine)

There might be a new kid – make that new sensation – on the European block in the showpiece event of the 2021 Wanda Diamond League season opener at Gateshead on Sunday (23), but there was a warning for Sha'Carri Richardson today from the British rival who is relishing the prospect of lining up for the women’s 100m with the “funky world champion” legend pinned on her vest on home ground for the first time.

“I’m much, much stronger,” revealed world 200m champion Dina Asher-Smith at the eve of competition press conference for the Muller Grand Prix.

“I’ve just had so much more time to work and I’m much stronger physically now, much more technically proficient. I’ve been doing things that my coach has been hoping I could do for many years.

“Hopefully I’ll be able to do them off the bat, but with me things tend to come together at the champs. So it’s going to be a very exciting summer.”

Everything came together nicely for Asher-Smith at the 2019 World Athletics Championships in Doha, in the form of a silver medal in the 100m in a national record 10.83 and then a gold in the 200m, also in a British record of 21.88.

So if an even stronger version of the 25-year-old can make her presence felt in the north-east of England tomorrow, then Richardson might not have it all her own way in the locked and loaded taster of what might be to come in the Olympic women’s 100m final in Tokyo, 5,766 miles and 10 weeks away.

“I’ve only just stopped doing over 300 abdominal exercises a day in training in the last week or two,” revealed Asher-Smith, who last week opened her season with a 200m win in 22.56 in Savona, Italy.

“It’s been an incredibly hard winter. I’m so excited to be racing because it’s a respite from training.”

In Richardson, the 21-year-old Texan who has been tearing up the US tracks with sizzling early season clockings of 10.72, 10.74 and 10.77, Asher-Smith faces a sprint phenomenon hailed in one British newspaper headline yesterday as the ‘biggest since Bolt.’

Having taken her bow on the European circuit with a comfortable 22.35 win in the chill of Ostrava on Wednesday, Richardson tests her considerable credentials against not just the strength of Asher-Smith but that of the other two medal winners from the 100m final in Doha: Jamaica’s Shelly-Ann Fraser-Pryce, a three-time world champion at the distance, and bronze medallist Marie-Josee Ta Lou of Ivory Coast.

It very much has the feel of the 1993 sprint showdown, originally mooted for Las Vegas but staged at Gateshead with an extra stand imported from the Silverstone motor racing circuit, between Linford Christie and the US speed merchant who preceded the Briton as Olympic 100m champion, Carl Lewis.

Asher-Smith boasts an unbeaten record on the Gateshead track, having won her 200m heat and final at the English Schools’ Championships in 2011. Ten years on, the history graduate refuses to be phased by the enormity of the senior test facing her in what could be cold and damp conditions.

“It’s a stacked race,” she said. “I’m very fortunate to be part of a cohort of incredibly talented women.

“I saw Sha'Carri’s race at Mt SAC (where Richardson ran 10.74 into a -1.1m/s headwind in the heats and 10.77 into a -1.2m/s headwind in the final) and technically it was a very nice bit of sprinting to watch. It’s nice to see someone put everything together in such a technical way but I have to always back myself as well."

Speaking at a later press conference, Richardson confirmed that she intended to tackle both the 100m and 200m at the US trials next month.

“For us, the trials is a mini-Olympics in itself,” she said.

Richardson’s last 100m defeat dates back to her eighth-place finish in the final of the 2019 US Championships, and since then she has racked up 10 wins at the distance.

As for being hailed as a new Bolt, Richardson reflected: “Well, I haven’t seen that but when I do see that I’m definitely going to still be shocked – even though I do these things and it’s my time.

“I guess I’m as shocked as much as you guys (the media) when I step on the track and do the things that I do. But to hear things like that just shows that people see not only potential in me but they see greatness in me.”

Sitting along from Richardson, her former Louisiana State University track and field team colleague Mondo Duplantis nodded in agreement. At 21, the Swede has already proven his greatness as the pole vaulter who has soared highest in history.

That came on his last appearance in Britain, his 6.18m clearance indoors in Glasgow in February 2020. “It’s the best performance so far in my career, so when I step back in the UK it’s a pretty good feeling,” said the world silver medallist, who will be seeking his first 6 metre clearance of the outdoor season when he faces fellow Doha medal winners Sam Kendricks and Piotr Lisek.

The men’s 1500m features another stellar young Nordic star in the track and field firmament: Norway’s Jakob Ingebrigtsen. The double European indoor and outdoor champion will be making his season debut against the in-form Australians Ollie Hoare and Stewart McSweyn. “It’s cool to see the Australians are doing so well and running as fast as they are,” acknowledged the 20-year-old, who has yet to decide whether to attempt an Olympic 1500m-5000m double.

Britain’s Laura Muir remains unsure whether she has the 800m as well as the 1500m in her sights for Tokyo. Back on home soil after a long spell of training and early-season racing in the US, the double world indoor medallist could trouble Christina Boxer’s ancient (1984) 1500m track record of 4:00.57.

“I wouldn’t rule it off the cards,” she said. “We’ll see what the weather is like but I feel like I’m in good shape.

“I think that’s certainly the ballpark that I’m in at the moment.” 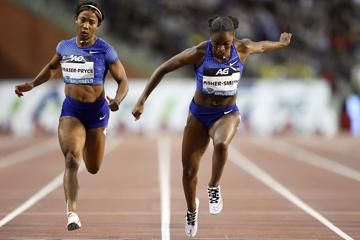 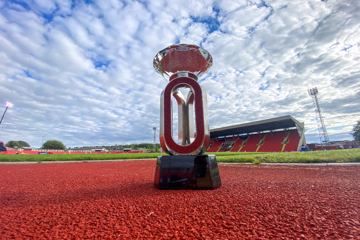 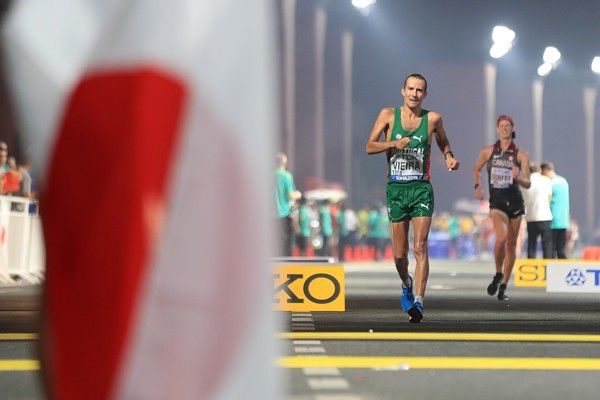