Warholm among Olympic champions set to star in Brussels

Olympic champions Karsten Warholm, Elaine Thompson-Herah and Sifan Hassan are among the stars from the Tokyo Games who are set to compete at the penultimate Wanda Diamond League meeting of the season, the Allianz Memorial Van Damme, in Brussels on 3 September.

For Warholm, who broke his own world 400m hurdles record in Tokyo when he clocked 45.94, it will be his first time competing at the meeting and in Brussels he will line up alongside five other athletes who featured in that world record race. They are Alison dos Santos, who ran 46.72 to claim bronze in Tokyo, plus Kyron McMaster, Abderrahman Samba, Yasmani Copello and Rasmus Magi.

Thompson-Herah also lit up the Tokyo track as she won a golden treble in the 100m, 200m and 4x100m. She will be seeking more success in Brussels but again faces a top field in the 200m, with Dina Asher-Smith, Shericka Jackson, Sha’Carri Richardson and Marie-Josee Ta Lou also among the entries.

Hassan is another treble Olympic gold medallist from Tokyo who will be racing in Brussels. In June the Dutch star ran 29:06.82 to break the world 10,000m record in Hengelo but just two days later Ethiopia’s Letesenbet Gidey went even faster with 29:01.03 on the same track. Hassan now looks set to target getting that world record back at the Memorial Van Damme.

Kenya’s Hellen Obiri, the two-time world champion who claimed 5000m silver behind Hassan in Tokyo, will race that event in Brussels, while Grenada’s Kirani James – who completed the Olympic 400m medal set with bronze in Tokyo – heads the entries for the one-lap event. 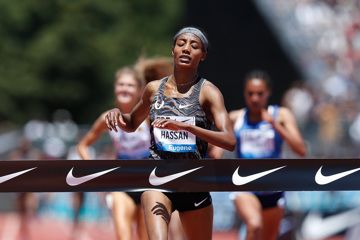 Eugene to play host to rematches between Olym... 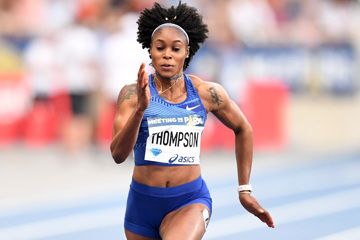