Start your weekend here, with a round-up of some of the best athletics, running and fitness-related stories from the past seven days.

The remarkable story of how a teenage runner battled the legacy of Robert E. Lee

Trude Lamb, a Ghanaian orphan adopted by an American couple, was the fastest girl on the cross country team last year at Robert E. Lee High School in Tyler, Texas. But when she returned to competition this season, she was no longer wearing Lee's name on her uniform, thanks to a campaign she helped spearhead to remove the Confederate general's name from the school.

I'd like to salute #TrudeLamb for taking a strong stance for what she believes in! She's refusing to wear her schools jersey to the track meets due to who it represents! I've read stories where the people of that community has requested for a name change to no avail. So salute to this Ghanaian Queen & let's get that name changed! I believe there's a petition out there as well! Help this sister & her community the best way you know how! ✊🏿🎧🎙🚀 #thablastpodcast🚀 🚀🚀🚀🚀🚀 #podcastshuffle #podernfamily #podcastbroker #podcastlife #Podcasters #PodcastHQ #podcast007 #podcastsonspotify #dopeblackpod #blackpodcasts #HudsonValley #NewYork #hiphop #randb #MusicBusiness #podcastlife #Podcast #podcaster #societyandculture #lifetalk #sportstalk #allaroundpodcast #ExplorePage #RocklandCounty #MoneyOverRest #MOR #MORVOHBasketballExperience #NeverTuckYaTown

"I am one of your true African and first-generation African American students at REL," Lamb read a school board meeting. "I am from Ghana, Africa, where slavery first began. I came to America in 2014."

She had typed the letter on her phone while sitting on the couch, prompted by texts from classmates who were petitioning to change the names of Robert E. Lee High School and John Tyler High School, both in the same school district.

"I have stood in the dungeons of the slave castle and seen the three-foot urine and feces stains on the walls where my brothers and sisters were kept. I've seen the tiny hole at the top of the ceiling where they would throw food into the captured souls."

Now, reading the note, she tells the school board she is the fastest runner on the girls' cross country team, and she promises to retain that status in the upcoming season. But she will not do it wearing Lee's name on her uniform.

"I can't be playing sports, supporting and going to a school that was named after a person who was against my people right here in the United States. He owned slaves and didn't believe people like me were 100 percent human, let alone ever go to my very high school. I cannot bear and will no longer wear his name on my race jersey." 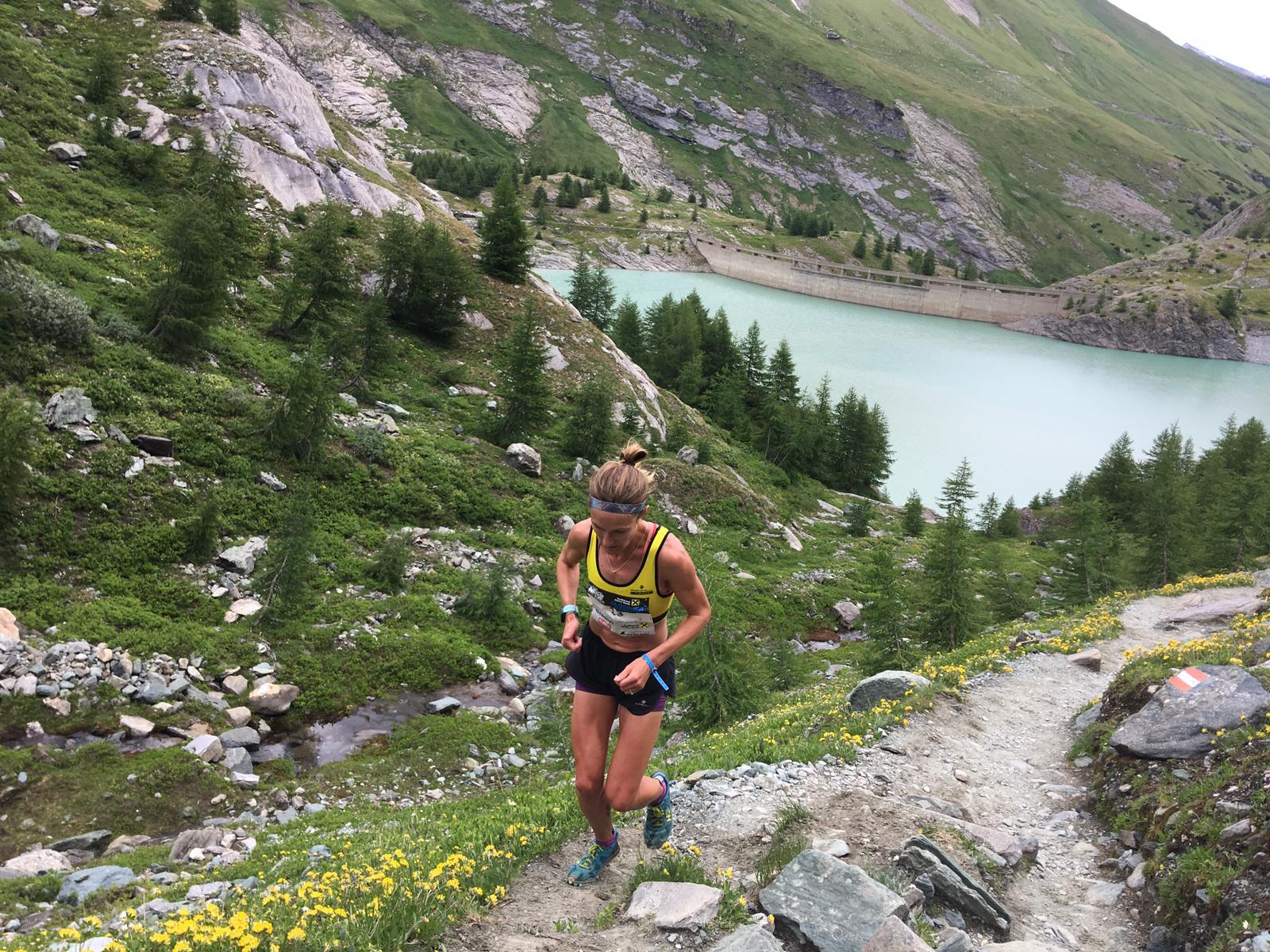 Even compared to athletes from other sports, Alex Hutchinson writes, endurance athletes have a unique relationship with discomfort.

In a recent study in Frontiers in Psychology, researchers at Norway’s University of Tromsø compared 17 national-level soccer players with 15 elite endurance athletes (cross-country skiers and runners, also “competing at the highest national level in Norway”) and 39 non-athlete controls in three pain tests. The results show, Alex Hutchinson writes, that endurance athletes have a unique relationship with discomfort. 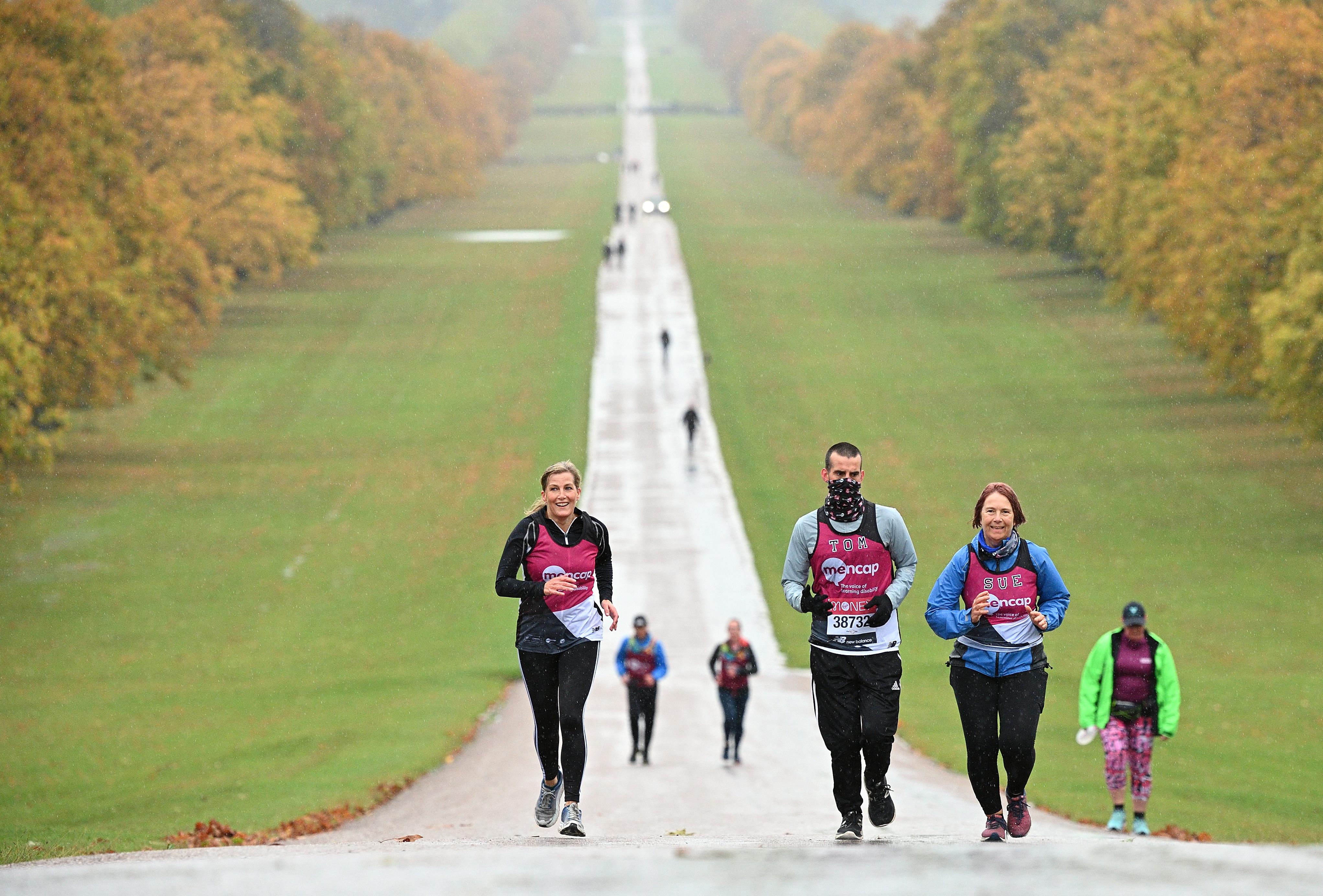 Michael Beynon was warned by doctors he may need a wheelchair for the rest of his life. But last weekend, the the 25-year-old became the first person with Down's Syndrome from Wales to run the London Marathon - held virtually this year.

He also has a visual impairment and muscle condition, hypertonia - but wasn't going to let that stop him.

"I've had a dream of running a marathon," Michael tells Radio 1 Newsbeat.

He ran in aid of learning disability charity Mencap, to help change attitudes.

"I'd like to give something back so they can continue supporting people like me. People with a learning disability".

The inspiring endurance of Coffey, the leader of New York City’s protest runs

Motivated as much by anger over racial injustice as by a belief in the immense power of running to create a sense of community and effect change, Brooklyn-based filmmaker, writer, actor and activist Coffey is turning runs into action.

He led his first protest run on June 14, in East River Park on the Lower East Side. He expected 50 to 60 people; closer to 1,000 showed up. The following month, he led a run up 5th Avenue, in Manhattan, the site of the first major march for civil rights in American history—on July 28th, 1917, when close to 10,000 people walked in silence to protest a race riot in St. Louis earlier that month, in which a mob of whites had attacked and killed dozens of Black men, women, and children, and torched some 300 Black-owned businesses and homes. On August 9, Coffey shut down the Brooklyn Bridge in honor of the late John Lewis. On September 13, he did it again, for Breonna Taylor. His most recent run focused on getting out the vote and helping people to register. He said he’ll keep organizing these runs until he doesn’t have to do them anymore—however long that may be.

There isn’t one kind of runner’s body, Jordan Smith writes.

Earlier this year, distance runner and running coach Emma Abrahamson shared four different photos of herself throughout her high school running career on Instagram. The photos depicted the changes her body went through during that time, including a 50-pound weight gain. She felt it is important to normalize how your body grows and changes during a time when girls are influenced by outside sources including media, coaches, and parents. She also used it as an opportunity to advocate for healthy fueling.

YOUR BODY IS GOING TO CHANGE. These four photos are from the same meet each year of high school, which I won all 4 years. Over the course of these four years, I grew 8 INCHES (5’2-5’10) and gained 50 pounds. Never restricted my food intake, never overexercised, and I have never had a stress-related injury out of all my years of running. I cannot emphasize enough the importance of allowing your body to change and to NOT FIGHT IT. The harder you fight your body, the harder it will fight back (causing injuries, burnout, lack of period, etc.). Especially if you are a young female runner, focusing on your TRAINING, strength/stability routine and recovery will make a way better impact on your running career than trying to fight a body going through puberty ever will. Especially with social media, I see unhealthy habits being portrayed all the time and I can tell you that the most successful/strong collegiate and post-collegiate runners have focused on longevity, strength and recovery over manipulating what their body looks like. TRAIN HARD, RECOVER HARDER AND FUEL👏🏼YOUR👏🏼BODY👏🏼.

Running in a bubble may be the future for elite athletes 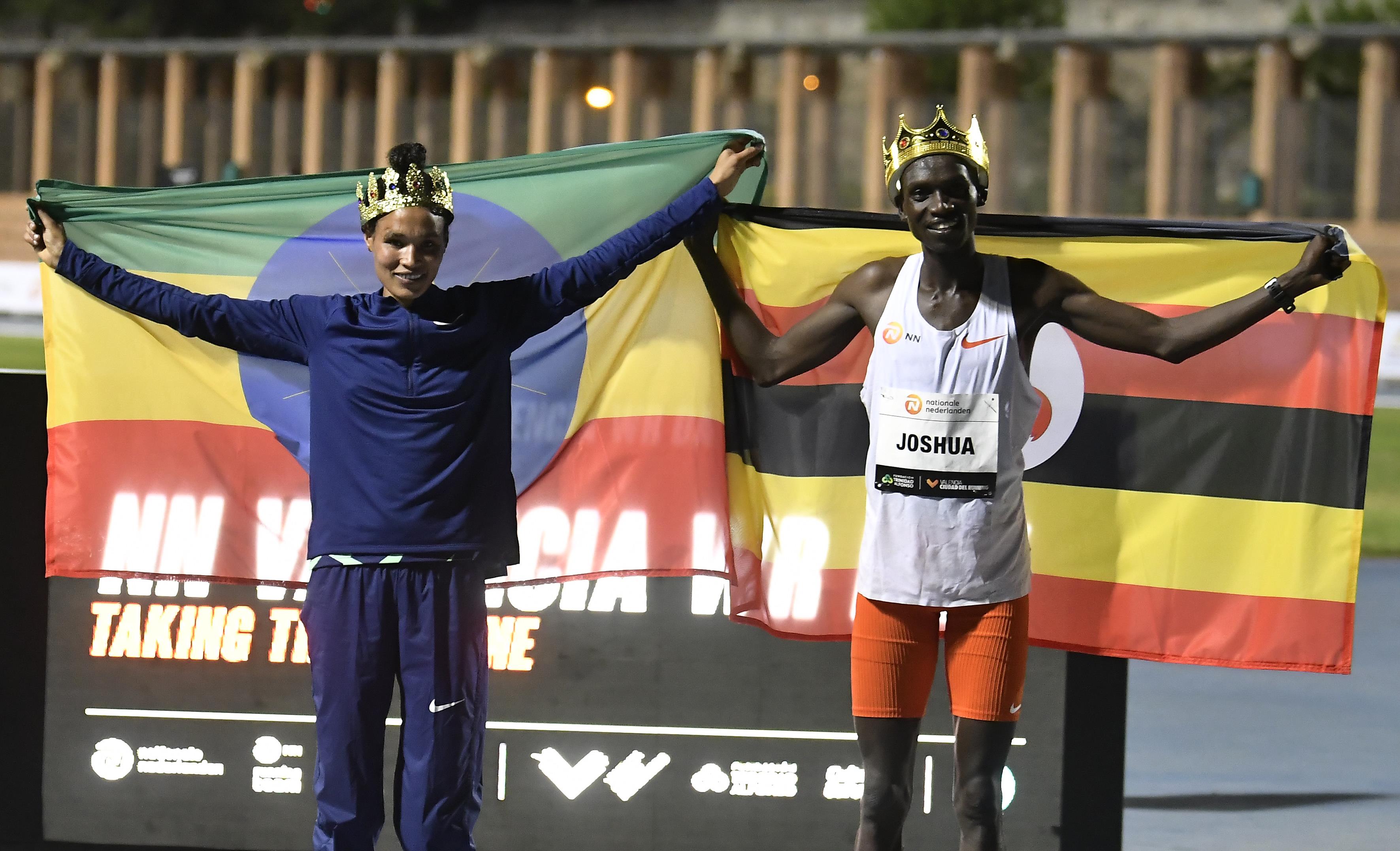 Sonia O'Sullivan writes about going from one bubble last week, the one surrounding Sunday's London Marathon, to another, the one shielding the World Record Day meeting in Valencia.

For now, it also seems to be the way forward, the only way that elite sport can be allowed to continue and keep some level of momentum going after the original calendar was ripped up earlier in the year.

There are many levels of sport too, but at the elite level it is as much about business as competing at the highest level; and just to stay in that business, as so many people have found out this year, you just have to find a way forward. 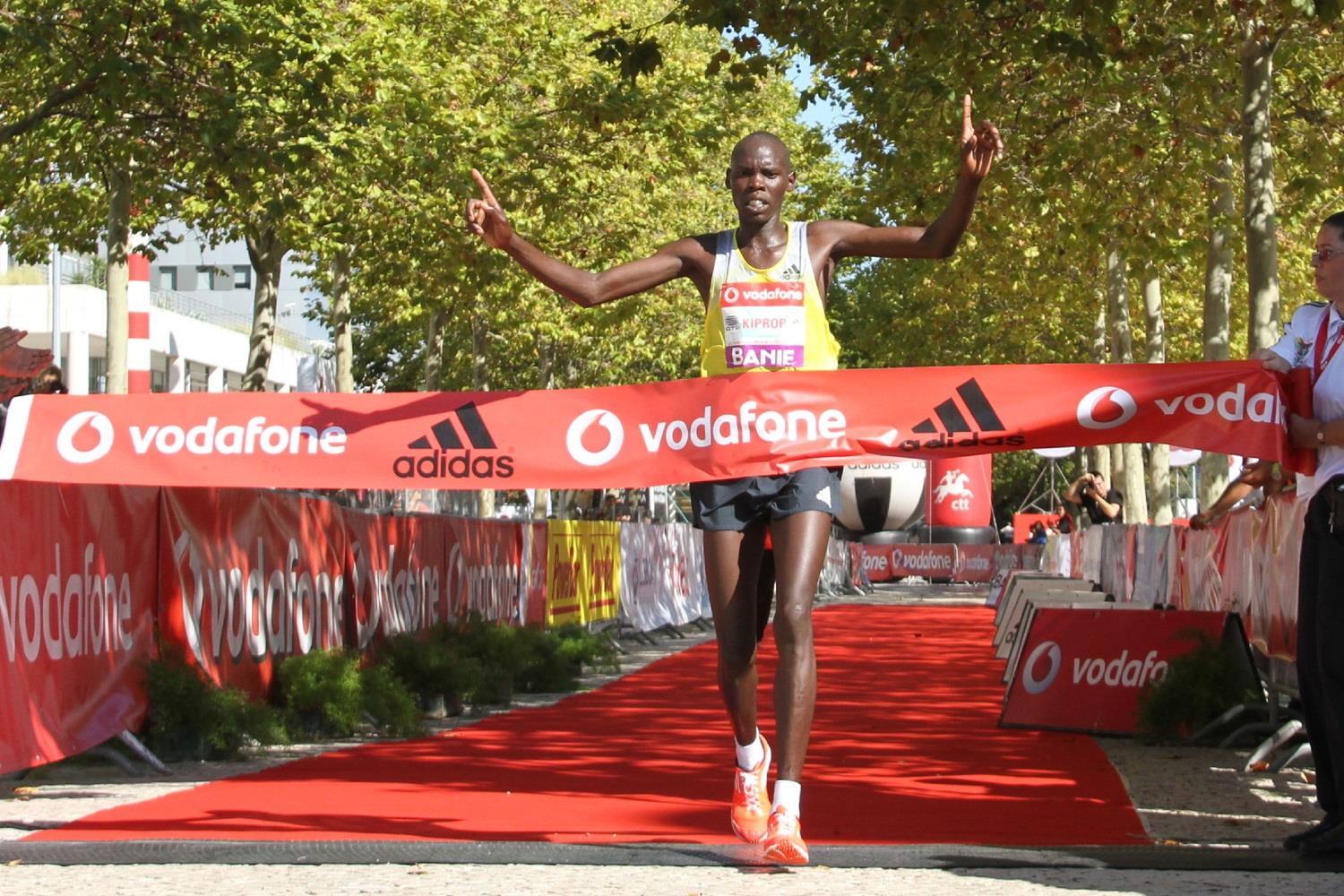 One of the runners that have impacted me more on how to be tough and courageous in a race is Wilson Kiprop, the 2010 world half marathon champion. He told me how determined he was to finish in a podium place at a local race before no one ever knew about him. He had never finished in the top ten positions at any big race before. But here, the race meant everything to him. He had no more food where he stayed away from home, no money, and no one to ask for help. He was in Nairobi and he wanted to win some money at the cross country race to enable him to travel back to Eldoret. The race was paying the top three finishers only.

How did he finish?

How eating more waffles, of all things, can help you become a better runner 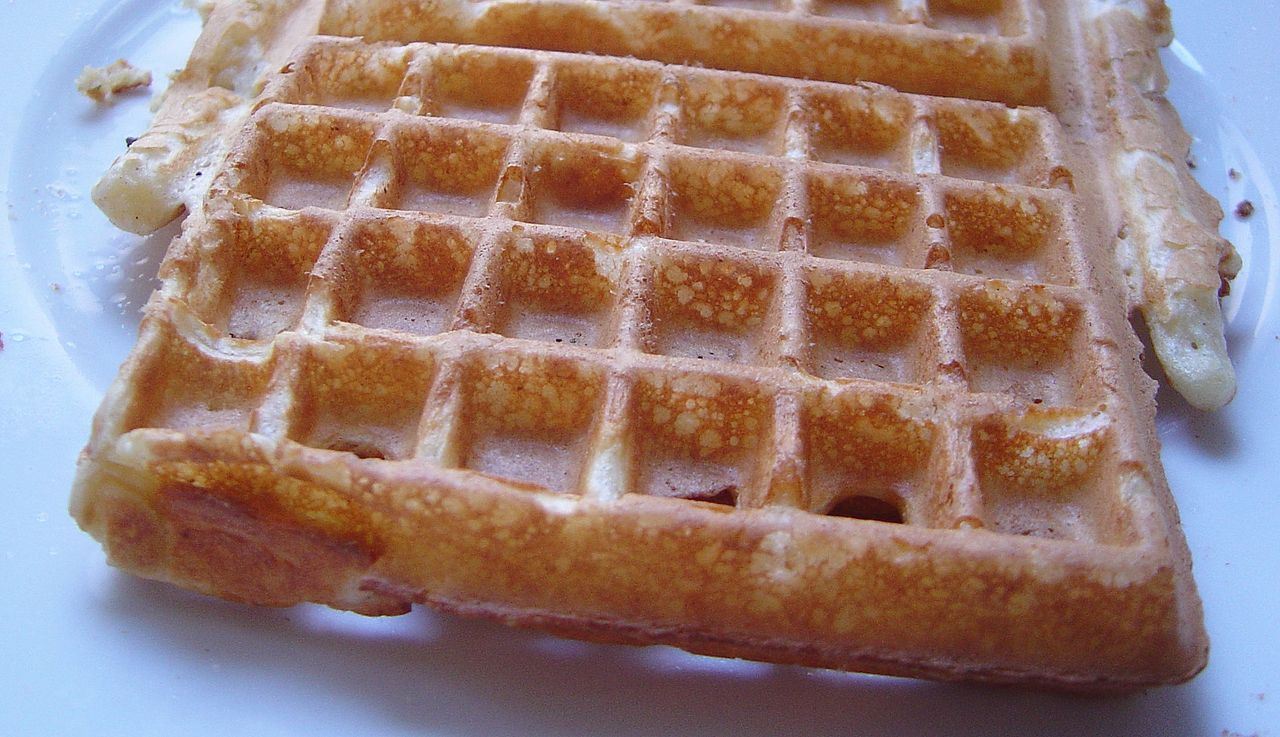 .. There are foodstuffs that we normally think of as cheap or silly — and far below the purview of well-conditioned athletes — that are actually excellent sources of energy before a run. Waffles are the face of this obscure corner of the nutritional pyramid, a grouping that doesn’t malign simple carbohydrates, and sees sugar’s endgame as a conversion tool, instead of a comfort food.

Just go light on the butter and syrup.